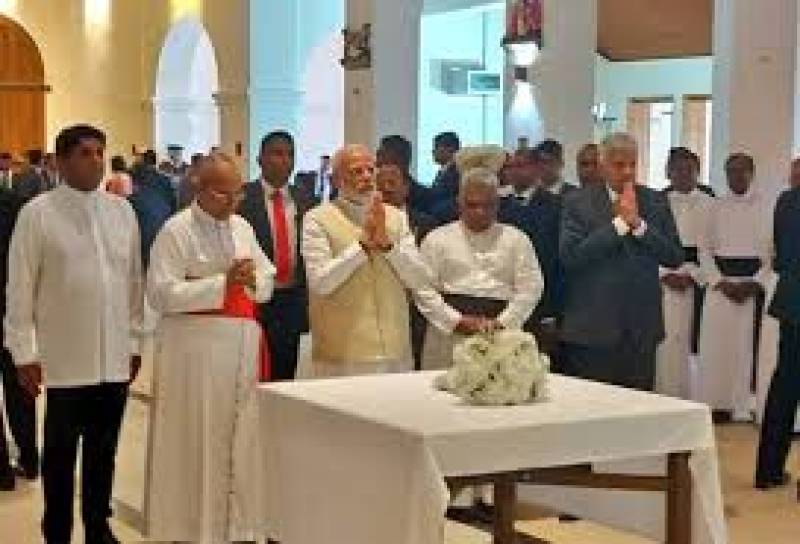 COLOMBO - India's Prime Minister Narendra Modi made an unscheduled stop on Sunday at a Catholic church in Colombo bombed during the string of attacks on Easter.

Modi turned up in St Anthony's shrine ahead of his official welcome to Sri Lanka and President Maithripala Sirisena's office.

"I am confident Sri Lanka will rise again," the newly elected Indian leader stated on Twitter.

I am confident Sri Lanka will rise again.

India stands in solidarity with the people of Sri Lanka pic.twitter.com/n8PA8pQnoJ

He continued that cowardly acts of terror could not defeat the spirit of Sri Lanka, pledging support for people of Sri Lanka.

The BJP leader is stopping in Colombo on his return home after an official visit to the neighbouring Maldives.

Over 200 Sri Lankans were left dead when terrorists launched attacks on multiple churches across the country on the occasion of Easter; the incident jolted Colombo and Christian community across the world.

It was also reported that the attacks were retaliation to the Christchurch mosque shootings in New Zealand in which over 4 dozen Muslims were left dead.