IS militants driven back from Kirkuk by Kurdish forces 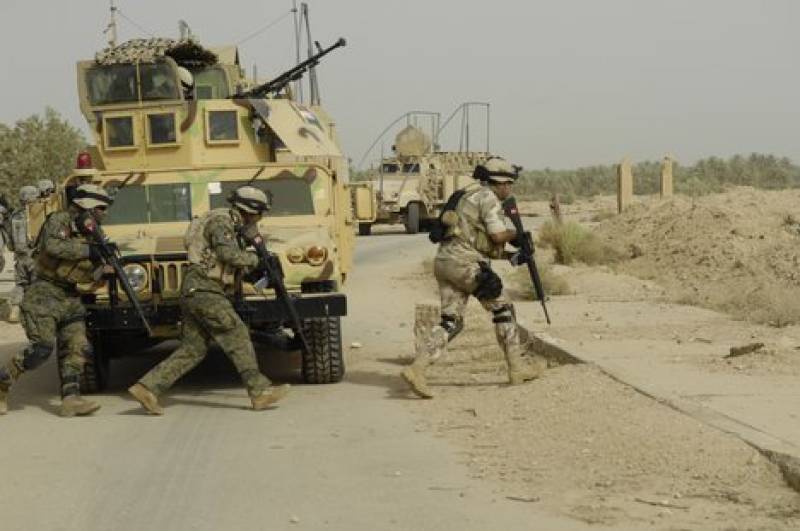 ARBIL (Web Desk) – Kurdish forces drove Islamic State militants back from the oil-rich city of Kirkuk in northern Iraq on Monday, in an attack that was backed by heavy air strikes from a US-led coalition.

Speaking to a local television channel near the frontline, Kirkuk governor Najmaldin Karim, who was wearing a helmet, said the purpose of the offensive was to secure Kirkuk, which the Kurds have held since last summer.

"This morning we launched an attack on three axes," Major-General Omar Saleh Hassan said by telephone from the frontline near Tel Ward. "Our advances are continuing."

He said his forces faced little resistance from Islamic State militants who are also fighting to hold the city of Tikrit around 110 km southwest of Kirkuk, as Iraqi forces close in.

Military commanders said some of the attacking force were ferried across from the west bank of the Tigris river, while others were approaching from other directions.

"We have confirmed information from inside al-Alam that a few Daesh fighters are still inside, mostly suiciders, and this is why we attacked them from multiple directions in order not to give them time to catch their breath," al-Alam mayor Laith al-Jubouri said, referring to the fighters by their Arabic acronym.

Advance on is stronghold

Jubouri, who has spent time with the attacking forces outside al-Alam, said clashes were continuing in the south, west and north of the town.

In the Kirkuk offensive, elite Kurdish counter-terrorism units were taking part and one official said they had managed to detonate four vehicles rigged with explosives by firing on them from a distance.

The Kurds took full control of Kirkuk last August as the Iraqi army collapsed in the north and Islamic State militants overran almost a third of the country. But the city has remained vulnerable, with the frontline no more than 20 kilometres away in some places and only an irrigation canal separating the two sides. In late January, Islamic State briefly overran Kurdish defences around Kirkuk.

Monday's gains bring the peshmerga closer to the Islamic State stronghold of Hawijah, where black-clad militants recently paraded the bodies of what they said were Shi'ite militiamen they had killed.