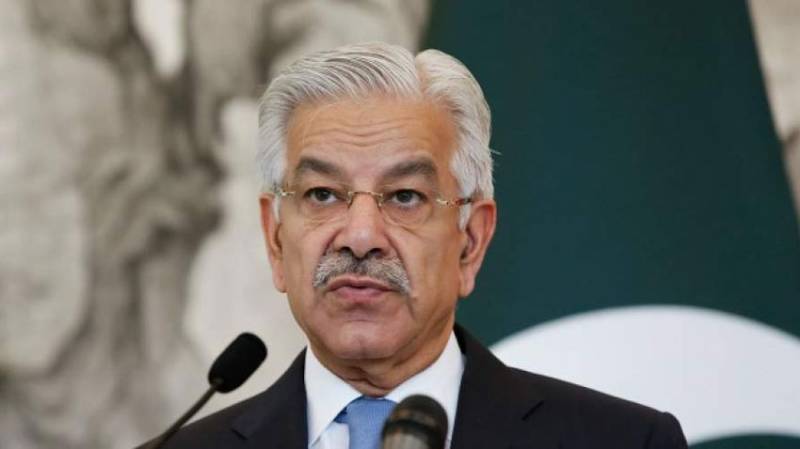 ISLAMABAD - Foreign Minister Khawaja Asif on Thursday lashed out at Pakistani departments for their failure to prevent drugs smuggling to other countries.

Responding to a question during a session of the National Assembly, Asif said that drugs could not be smuggled out of Pakistan without the assistance of Federal Investigation Agency (FIA) and Anti-Narcotics Forces (ANF), the departments work under Ministry of Interior, headed by Ahsan Iqbal.

Earlier in the session, Pashtunkhwa Milli Awami Party chief Mahmood Khan Achakzai highlighted that 2,800 Pakistanis were stranded in jails of Saudi Arabia, adding that the government should take serious steps for these inmates.

Achakzai revealed that poor persons were lured with money to smuggle the narcotics to Saudi Arabia, where they were arrested and handed capital punishment.

Over Achakzai’s concerns, the foreign minister said that the issues of Pakistan community were taken up at international forums. Saudi authorities have arrested Pakistanis, he said, adding that some have been held for overstay.

He said that thousands of Pakistanis contacted embassy on daily basis, adding that Ministry of Foreign Affairs was making efforts to provide consular access to the prisoners in Saudi Arabia.

He alleged that the smuggling of drugs cannot be carried out without the involvement of ANF and FIA.

Deployment of Pakistani Troops in Kingdon

In connection with the deployment of Pakistani troops in the Gulf country, the foreign minister said that they have been stationed for 'internal security' reasons. He assued that the troops will not to take part in the Yemen war.

Earlier, legislators from both the upper and lower houses had shown concerns over the move, and NA Speaker Ayaz Sadiq directed Khawaja Asif to explain the deployment.