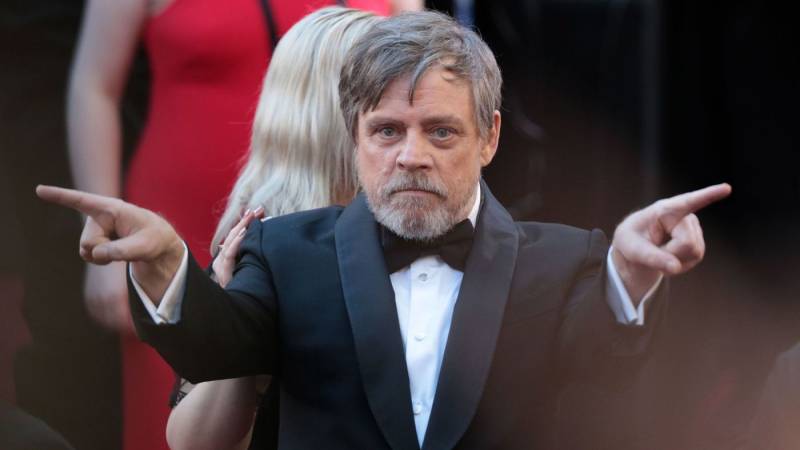 Speaking about Hamill, Geroge Lucas said, "Mark Hamill is a character that can’t be written. He is extremely enthusiastic about everything that he does, and that’s exactly what I was looking for when I was looking for Luke Skywalker."

Old buddy Harrison Ford remembered Carrie Fischer (late), ""When thinking about today, I was really sorry that we don’t have the other member of our trio here to celebrate with us. But I feel her presence.”

"You are with me through thick and thin and the highs and the lows and everywhere in between. If it wasn't for the public I'd be nowhere. From Jedi to Joker and back again, it's been a fantastic ride. And may the Force be with all of you," Hamill told the crowd as he received the honour.