Never thought of being dishonest with cricket: Akhtar 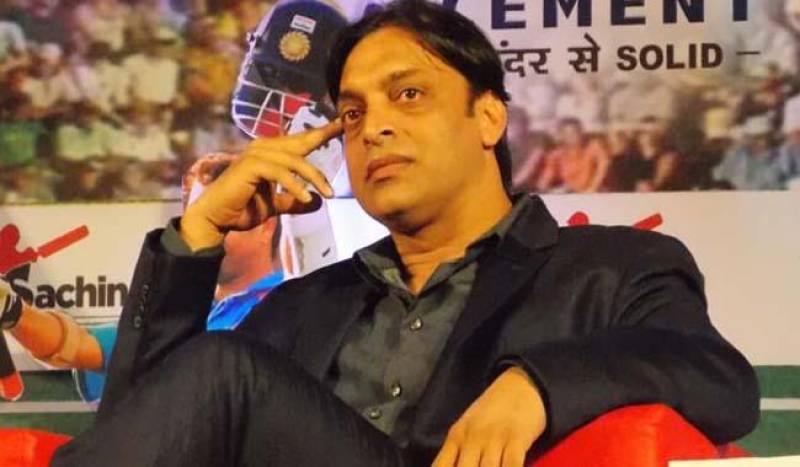 ISLAMABAD (APP) - Former pacer Shoaib Akhtar Monday said that though he had been involved in many controversies throughout his career, he had never thought of being dishonest with the game.

According to a private news channel, Shoaib Akhtar, also known as the Rawalpindi Express said the maximum number of audience encourage him and make him happy.

Shoaib, who made his test debut in November 1997 as an opening fast bowler, said that his hard work was known to him and his mother only.

Responding to a question, Shoaib said that players who were playing today were much enthusiastic but they lack the vision.

Speaking about the Pakistan Super League (PSL), he said PSL was a good event from which players had earned money. "The ex- players are unhappy for no reason," he said.

Shoaib has been involved in several controversies during his career.

He was sent home during a Test match series in Australia in 2005 for alleged poor attitude.  A year later, he was embroiled in a drug scandal after testing positive for the performance-enhancing substance.

However, the ban imposed on him was lifted on appeal. In September 2007, he was banned for an indefinite period for his fight with fast bowler Mohammad Asif. On April 1, 2008, Shoaib was banned for five years for publicly criticizing the Pakistan Cricket Board.

In October 2008, the Lahore High Court suspended the five-year ban and Shoaib was selected in the 15-man squad for the Twenty20 Quadrangular Tournament in Canada. Shoaib retired from international cricket after the 2011 World Cup.