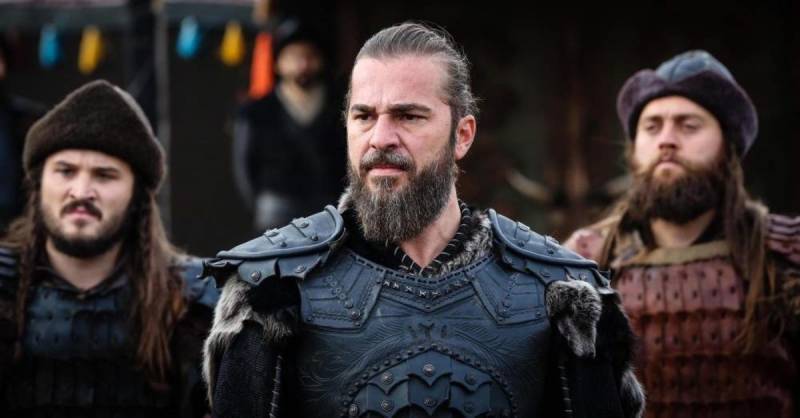 LAHORE - The producers of popular Turkish series Diriliş: Ertugrul are impressed with the sweeping response after the Urdu dubbed version of the drama is gaining huge popularity currently aired on PTV on PM Imran Khan’s request. The director of TRT Riyaad Minty spoke to a media outlet about the huge success of the series in the South Asian nations.

“Ertuğrul has gone viral in Pakistan and its episodes are trending on YouTube in Pakistan every day,” Riyaad Minty, added that there are more than 30 million views and over 600,000 subscribers on Youtube channel.

Our show @TRTErtugrul_EN is currently trending number 1 on @YouTube in Pakistan. 15+ million views in a few days since we launched the Urdu show with dubbing from @PTVHomeOfficial - if you’re an Urdu speaker watch here: https://t.co/02Wvt2ubeP #Eyvallah #Ertugrul pic.twitter.com/iOXQ2YQ4o0

“However, with growing popularity, these numbers are expected to climb up in the coming days,” he said. The popular drama was dubbed into several languages and streamed online around the world. Diriliş: Ertuğrul is created by Mehmet Bozdağ. Engin Altan Düzyatan played the lead role of Ertuğrul in the famous TV series.

The drama series shows the history of how the Ottoman Empire was established, led by Ertugrul, the father of Osman I, the founder of the Ottoman Empire. PM Imran had recommended Pakistanis to watch the series to enlighten themselves with the golden era of Islam. In a recent press conference, Imran Khan said, “Pakistani youth can learn about Islamic history and ethics by watching the Turkish drama.”