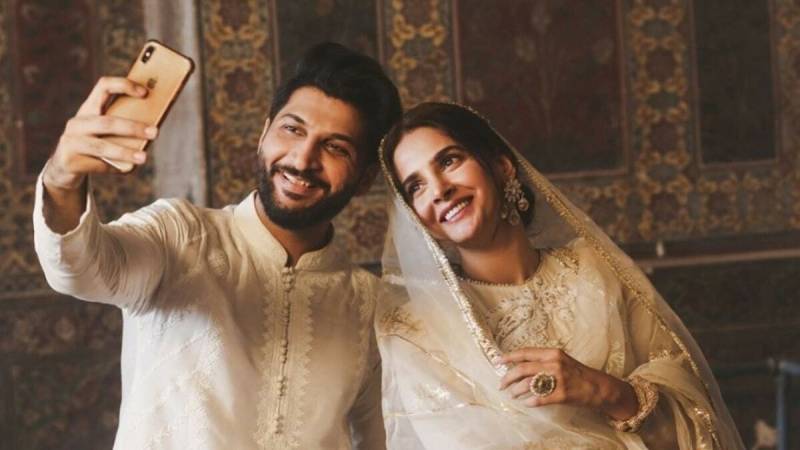 LAHORE – A sessions court in the provincial capital Lahore has acquitted Pakistani actor Saba Qamar and singer Bilal Saeed in a case for violating the sanctity of the Wazir Khan Mosque.

Additional Sessions judge Mahmood Mushtaq acquitted the duo, and issued a written verdict on the appeals of Pakistani celebrities, ruling that the charges hold no ground.

The duo earlier filed pleas for acquittal and exonerated them over the charge of violating the sanctity of the mosque.

Session court Judge remarked that the accused persons had no intention to desecrate the mosque, while no evidence was found indicating such intent upon probe.

Saba Qamar and Bilal Saeed earlier moved court against the decision of the judicial magistrate, in which it was stated that the recording took place at Wazir Khan Mosque with the permission of Auqaf and religious affairs departments.

No dance was performed inside the holy place, the duo maintained, adding that the sanctity of the mosque was taken care of.

It all started when a clip surfaced that showed Saba Qamar and Bilal Saeed filming a music video at the historic Wazir Khan mosque.

Singer Bilal Saeed has issued a public apology on behalf of himself, actor Saba Qamar and  the whole team of ...

Later, Akbari Gate police lodged a case against them for undermining the sanctity of a place of worship with an intent to offend a religion. Last year, both showbiz personalities were indicted in the case however, they had pleaded not guilty and decided to contest the trial.