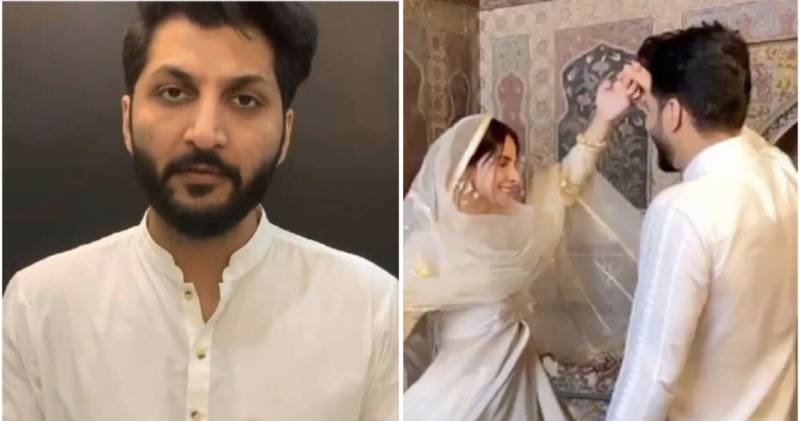 Singer Bilal Saeed has issued a public apology on behalf of himself, actor Saba Qamar and  the whole team of ‘Qabool’ regarding the controversy over shooting their new music video in Wazir Khan mosque.

He took to Instagram to post a lengthy video in which he clears out all the misunderstandings about the ongoing fiasco.

He started of by saying: "Saba Qamar and I had recently filmed a nikkah sequence at Wazir Khan Mosque which created a big misunderstanding and hurt the emotions of a lot of people."

Saeed went onto explain that all the speculation about the ‘dance sequences’ being shot within the premises of the mosque were false.

“Alhamdulilah I am a Muslim and I was raised in a Muslim household. I cannot even think about doing something that would disrespect my religion.”

“I solemnly affirm in the name of Allah that neither did we play any music in the mosque and nor did we dance and the witness to that is the management of the mosque.”

According to the Baari singer, the video going viral on social media was only shot for taking a few pictures that would have been featured in the song. He also shared that the segment that was filmed in the mosque has been removed from the video.

“There was a move that we did for the sake of the photo shoot. We were not following any dance sequence and neither was there any music playing in the background. We understand that we have unintentionally made a mistake and we are acknowledging our mistake.”

“Saba Qamar and I, are just humans like others and it’s only human to make mistakes,” he concluded.

Saba Qamar and Bilal Saeed, who featured in the video called 'Qubool', have been facing immense criticism after since Saturday.