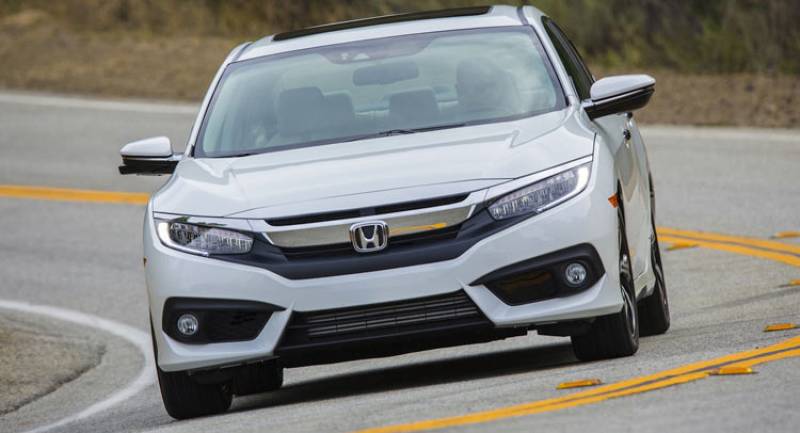 KARACHI - The Oil Companies Advisory Council (OCAC) — a body of fuel suppliers in Pakistan — rejecting Honda Pakistan’s allegations asked the company to take back its complaint regarding the sale of low-quality fuel or face legal action.

Responding to the allegation in a statement issued here, the body claimed that Honda Civic 1.5 l VTEC Turbo model was currently incompatible with fuels being sold in the country as it was a Euro-4 vehicle in a market where sulphur levels were higher.

Saying the manganese was extremely unlikely to be the cause of failure of this vehicle, the OCAC said the engine management system of this model of the Honda was improperly calibrated for the Pakistan market.

“In contrast, Euro-2 vehicles present in the market also have catalytic convertors and were not reporting such issues. Reports that a Honda team from Japan was replacing the software used in the 1.5 VTEC strongly suggests that the problem is not fuel related but because of an incompatible vehicle emission management system”, it added.

The representative council of around a dozen oil marketing companies (OMCs) and refineries said that fuel being sold in the country properly meet the requirements set by the Ministry of Energy, Petroleum Division.

Taking on its key member, Hascol, which supported Honda’s allegation, the body said that all OMCs, including Hascol, import and buy the petroleum products from local refineries, adding that all companies sell same quality fuel.

On Nov 3, Honda Atlas Cars (Pakistan) Ltd. filed a complaint with Oil and Gas Regulatory Authority (OGRA) alleging that the fuel provided by Shell, PSO and Total was affecting the engines of its vehicles.

According to Honda, theleading Pakistani oil companies were adding manganese to their gasoline and that the additive appeared to be causing three major issues, including catalyst blocking or chocking of the catalytic converter, engine knock due to low octane quality fuels and adverse human health effects of manganese.

The company further alleged that it had to suspend production of its latest variant Honda 1.5 Turbo VTEC car due to poor quality fuel.

The OCAC explained that faulty engine management system or high sulphur fuels might be caused of catalyst blocking.

The body added Pakistan was on a way to achieve clean fuels, adding that in fuels higher sulphur level is not compatible with Euro-IV vehicles such as the Honda Civic 1.5 VTEC Turbo.

The quality of the fuel in regard to preventing engine knock is measured by the Octane Value, or Research Octane Number (RON), of the fuel.

91 RON fuel is suitable for VTEC turbo vehicles as per their specification and the vehicles’ engines will knock on the use of lower octane fuel. A knock sensor in vehicle will detect it and the vehicle will also face delay in ignition timing to prevent engine damage.

If the knock sensor malfunctions, the catalyst plugging may actually be caused by the engine knocking, the OCAC explained.

This scenario is particularly likely in Honda Civic 1.5 VTEC Turbo model which is both high compression (10.6:1) and turbocharged, while the other models which presumably have not experienced field issues are both non-turbocharged and lower compression (9.7:1). The fact that sales of this vehicle were to be suspended may suggest that the vehicle manufacturer was aware of this and intended to properly calibrate the vehicle for the Pakistan market, and was attempting to blame any catalyst failures and potential warranty claims on fuel quality, rather than on the inappropriate calibration of the vehicle.

The OCAC said the octane can be improved by a number of means including use of high octane blending components, increased refinery severity, oxygenates, or additives. As long as a fuel meets the required octane quality and the vehicle was properly calibrated for the region, it would not cause engine knock.

It added Methylcyclopentadienyl Manganese Tricarbonyl (MMT) was a manganese-based fuel additive used in the production of unleaded fuel to enhance octane, used in unleaded fuel (typically one/two drops per litre) to provide additional octane. It was also used in lead replacement, as it was the only octane booster additive which enables old car engines to run with unleaded fuel . By using MMT, refineries can reduce the use of benzene, aromatics and olefins, hence lowering more internationally recognised harmful-to-health chemicals. Benzene is a known carcinogen.

It said the MMT use in Pakistan was started by the refineries over 10 years back after extensive due diligence and after ascertaining that both the USEPA and an independent EU risk assessment had confirmed that the use of MMT as an octane improver in fuel would not cause adverse effects to human health or the environment. MMT dosage is restricted to the prescribed limits.