How excited you are for PSL-3? Darren Sammy asks Peshwar Zalmi fans in Pushto tweet 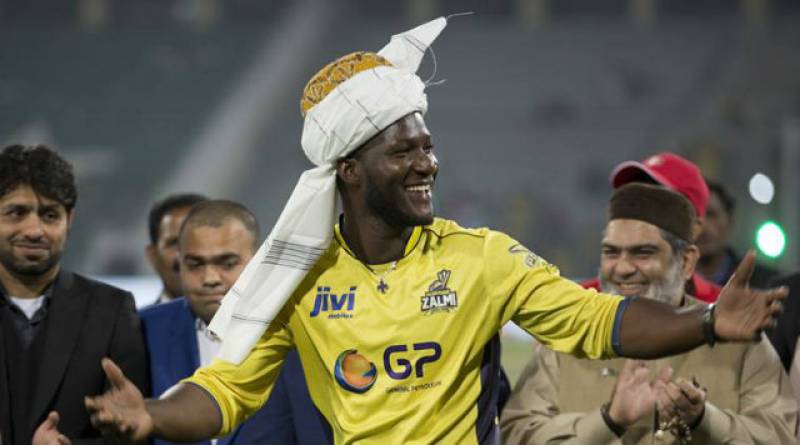 PESHAWAR - Cricket fans are excited for the star-studded HBL Pakistan Super League due next year, so are the foreign players.

Darren Sammy, ahead of the player draft for the much anticipated third edition of PSL, which will take place on November 12, took to social media to test out the enthusiasm of his fans.

The former West Indies skipper, who is currently playing for Peshawar Zalmi, tweeted in Pushto on Thursday, asking the fan how excited they are for PSL 3 and what are they thinking about PSL players draft.

Pakhairoona Darren Sammy Khan :). You have already won the hearts of us Pakistani's thru making way for Int matches & making agree Int players to play in ??. You r a true Hero for us. Looking to see u soon in Pakistan & yes this time will go Peshawar IA

LAHORE - The HBL Pakistan Super League (PSL) third edition players draft is all set to take place on November 12 in ...

Each team will go into the HBL PSL Player Draft 2017 with a squad of nine players. The Draft will include one round in Platinum, Diamond and Gold categories. This will be followed by two rounds each in Silver and Emerging. Teams will have the option to pick up to four players each in the Supplementary category.

The default pick order will see Lahore Qalandars going first followed by Islamabad United, Karachi Kings, Quetta Gladiators, Peshawar Zalmi and Multan Sultans. This may be altered as a result of trades.

Teams will have a purse of $1.2 million each to pick a squad of 20 players.