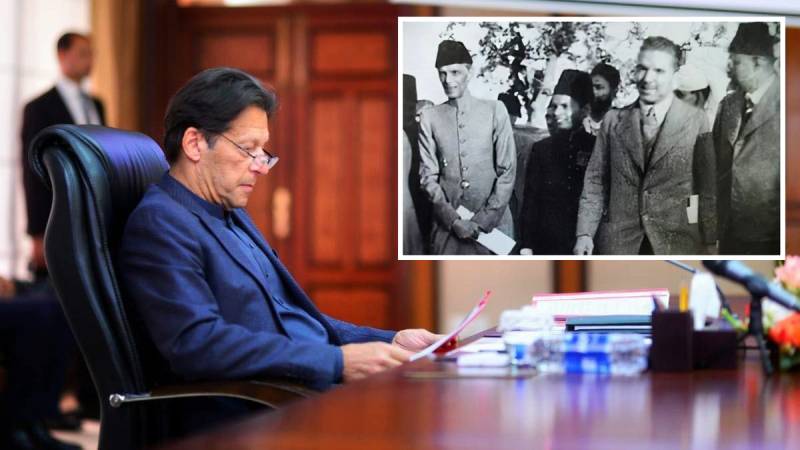 The premier shared the monochrome picture on a photo-sharing platform with a caption:" My Grandfather hosting Quaid e Azam Muhammad Ali Jinnah sb in Jalandhar.”

The photo was likely to be before the Partition of India. Cricketer turned politician has a connection with Jalandhar as it apparently used to be his maternal grandparent's city.

Khan’s late mother Shaukat Khanum, belonged to Jalandhar where, according to historians, she played a crucial role in establishing Islamia College in the 1940s. Following the partition, Khan’s family headed to Pakistan while the old, colonial-style house, where the premier’s mother was born, still stands in Jalandhar.

This house is the forefather house of Great IMRAN KHAN, PRIME MINISTER OF PAKISTAN in JALANDHAR INDIA, shared one of my beautiful friend Lakhbir Singh Uppal pic.twitter.com/BaBrIMxXod

In 2004, PM during a visit to the neighboring country visited Jalandhar. Speaking with media persons, he mentioned that his ancestors were based out of Jalandhar for over 600 years before partition.