To help climate migrants, Bangladesh takes back land from the sea 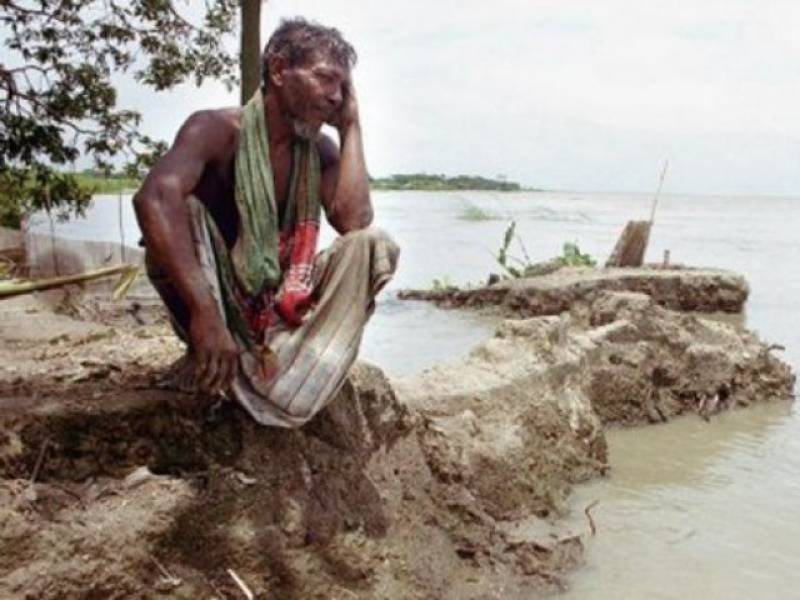 to help relocate people who have lost their homes to sea level rise, erosion and extreme weather.

Now Bangladesh is taking back some of that land. The government plans to use the natural movement of sediment through the country's rivers to build new land on which to house displaced communities.

Bangladesh's three major rivers - the Padma, the Brahmaputra and the Meghna - carry large amounts of silt with their water. According to a study by the Dhaka-based Center for Environmental and Geographic Information Services (CEGIS), about 1 billion tonnes of silt flow through the country's river

channels every year, most of it eventually settling in the southern coastal area of the Bay of Bengal.

According to Malik Khan, the CEGIS deputy executive director, if sediment can be directed into low-lying areas of the coastal Noakhali district through a system of cross dams -walls constructed between islands - and polders - land surrounded by embankments - new land will emerge from the sea.

"There is a potential for land reclamation through the displacement of the sediment the rivers carry," he said. Cross dams catch sediment as it travels downstream, holding it back before it reaches the Bay of Bengal. As it collects behind the dams, sediment can build up into solid landmasses large enough to live on, experts say.

Zahirul Haque Khan, director of the Coast, Port and Estuary Division at the Dhaka-based Institute of Water Modelling (IWM), notes that many small islands, called chars, have already emerged naturally in the coastal areas near Nijhum Dwip and Monpura islands.

With the tide bringing large sediment deposits to the areas around Urir Char in Noakhali and Sandwip in the Chittagong district, hundreds of square kilometres of land could be reclaimed from those areas through the construction of cross dams, he said.