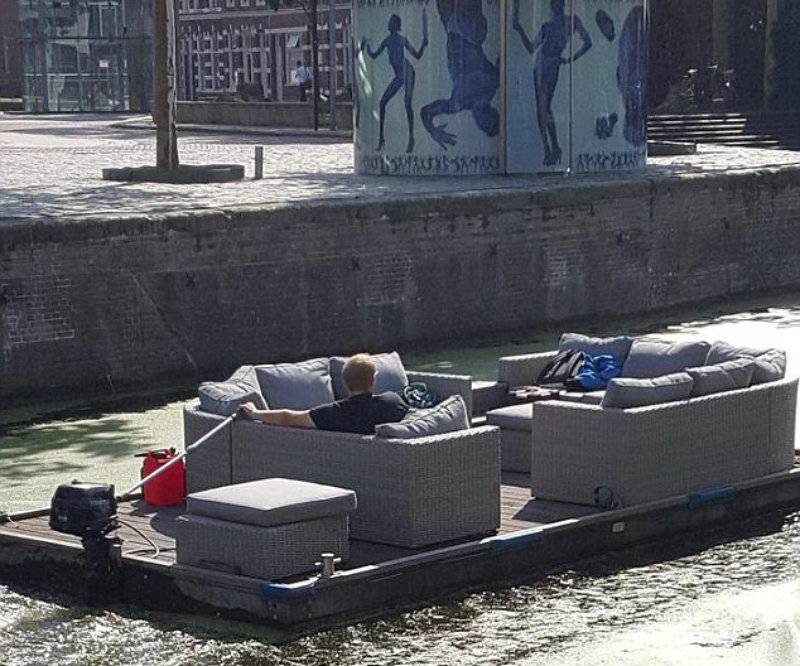 GRONINGEN, Netherlands - A Dutchman was spotted making his way down one of the country's famous canals in a floating living room.

The traveller was pictured leaning back in his sofa as he made his way through the town of Groningen.

The DIY project appears to have been built from a floating dock with a motor attached. Several items of garden furniture were then added, including two-L-shaped sofas and a pouff, to create the ultimate floating garden.

The image was shared on Reddit by a user called LordMarcel with the caption: 'This guy has the ultimate boat to relax on.'

The city of Groningen was the regional power of the northern Netherlands, but today it is predominantly a university town. 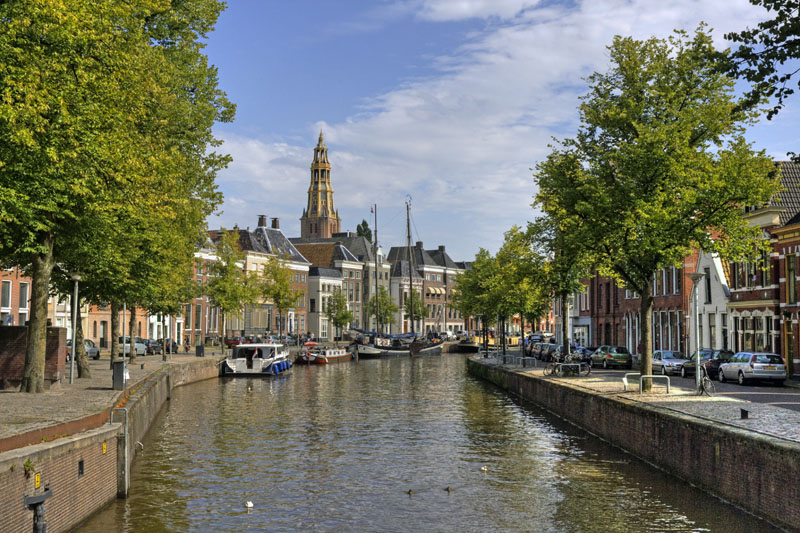