No preparation, no exam, just a single targeted throw and whole class gets 100 percent in Chemistry 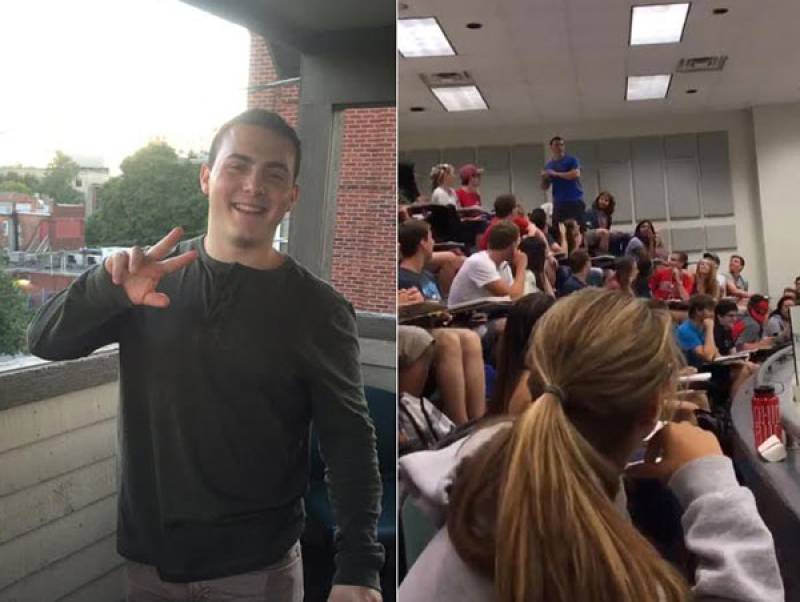 OHIO (Web Desk) - An Ohio State University student has become a hero after earning his whole class a 100 per cent on their first chemistry quiz with one sweep targeted paper ball throw.

The incident happened as a professor explaining “donating a proton” theory threw a paper ball up in the balcony of a lecture hall. The professor in his quintessential manner pledged to give the entire class a 100 per cent on the first quiz of the year if the person who he threw the ball to could toss it into the rubbish bin.

The shot was vividly impossible and the professor urged students to film the throw but to the surprise of everyone, a student named  Vinny Forte made the shot and helped his fellows grab a 100 percent in their quiz without bothering for any preparation or exam.

The ecstatic students cheered as they saw the throw hitting its target. The professor also shared the joy with his students.

The instant legend  Vinny Forte received much applause from his friends as he managed them clinch full marks without any hassle.