PM Imran thanks Pakistanis for biggest ever tree plantation drive

The PTI government on Sunday planted 3.5 million saplings in a single day 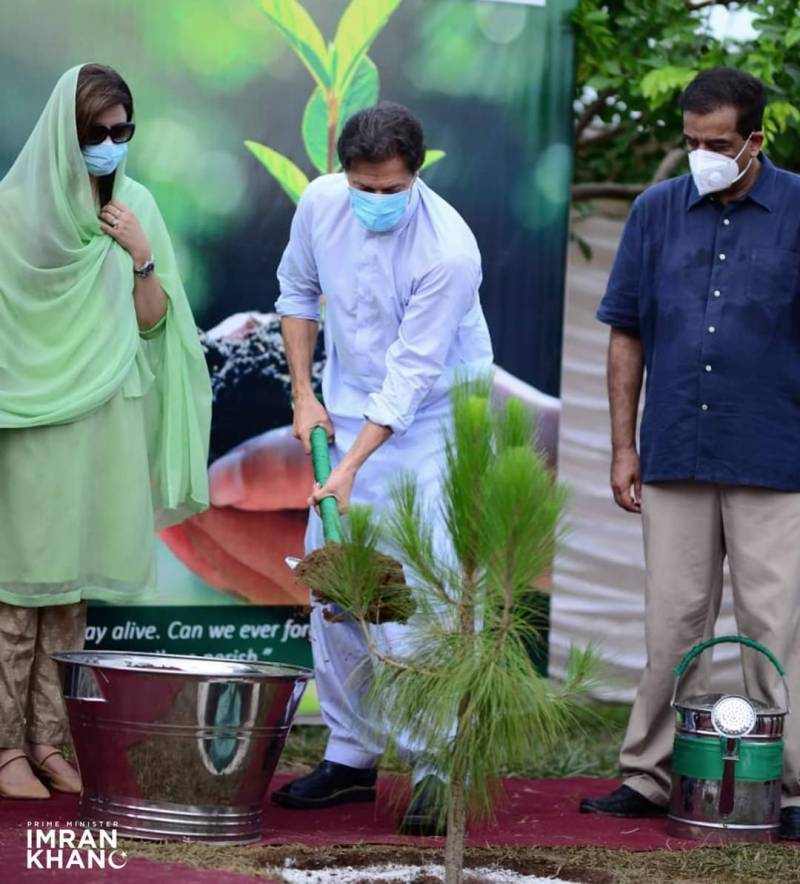 ISLAMABAD –  Prime Minister Imran Khan has thanked the countrymen for responding to his call for planting a tree in the country's biggest ever drive he launched on Sunday.

"From Lower Dir to all parts of the country; from Tigers and youth to the elderly; all came out in huge numbers to plant trees," Khan wrote on Twitter.

From Lower Dir to all parts of the country; from Tigers and youth to the elderly; all came out in huge numbers to plant trees. I want to thank everyone who responded to my call to plant a tree today. pic.twitter.com/z9UWVMbmVH

The prime minister also shared the images of the dedicated people including the elderly, children and even a physically impaired youth while planting trees in their respective areas.

"I want to thank everyone who responded to my call to plant a tree today," said the prime minister.

As per the Ministry of Climate Change around 1143 plantation activities were being carried out across the country, in Punjab 520, Sindh 70, Khyber Pakhtunkhwa 458, Balochistan 15, AJK 65, Islamabad one and GB 12 by the district administrations.

Free saplings distributing points were established by Parks and Horticulture Authority and Forest Departments where people lauded the initiative of the government.

However, the remaining federating units carried out plantation activities in almost all of the designated places where government officials and people from all walks of life participated in the events.

He said Pakistan's vulnerability had increased from point 8 to 5 due to rise in heat waves and warming temperature incidents occurring in the country.

"Youth has a key role in spearheading climate action against increasing environmental degradation which should be channelized through a large number of volunteers registered under the Corona Tiger Relief Force."