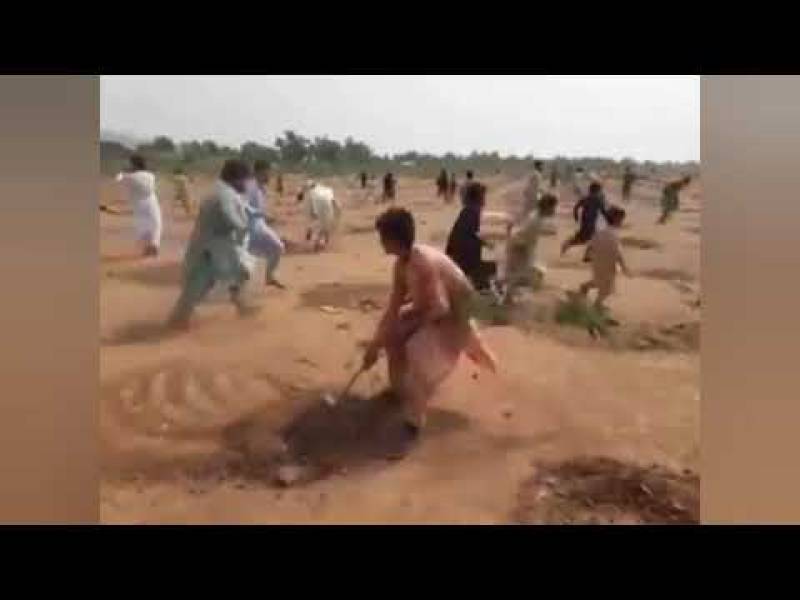 PESHAWAR – Police have arrested the main instigator and registered FIR against 50 others allegedly involved in uprooting new planted saplings at Bara in Khyber tribal district.

Khyber Deputy Commissioner Mehmood Aslam Wazir said that an FIR has been registered at Bara police station against 10 identified and 40 unidentified accused for uprooting new planted saplings at tehsil Bara of Khyber tribal district on Sunday.

He added police have arrested one main accused and instigator of the whole episode named Abdul Salam s/o Wali Khan belonged to Sipah tribe while five accused from other unidentified are arrested.

Raids for the arrest of remaining accused were underway.

Following a video viral on social media regarding uprooting of new planted saplings in Bara tehsil, the deputy commissioner said district administration have started investigation and found that the incident was occurred due to misunderstanding and land dispute between two tribes.

He said elders and people of the said tribe have expressed sorry over the said incident and assured the district administration to replant all the uprooted saplings by themselves besides promised to plant more plants voluntarily in the wake of tigers force plantation day.

Over one hundred thousand saplings were planted during tigers force plantation day in Khyber district.

The plantations events were held in all three tehsils of the district attended by MPAs, DC, Additional Deputy Commissioner, ACs and volunteers of Tiger Force besides people and took active part in plantations by planting record saplings.