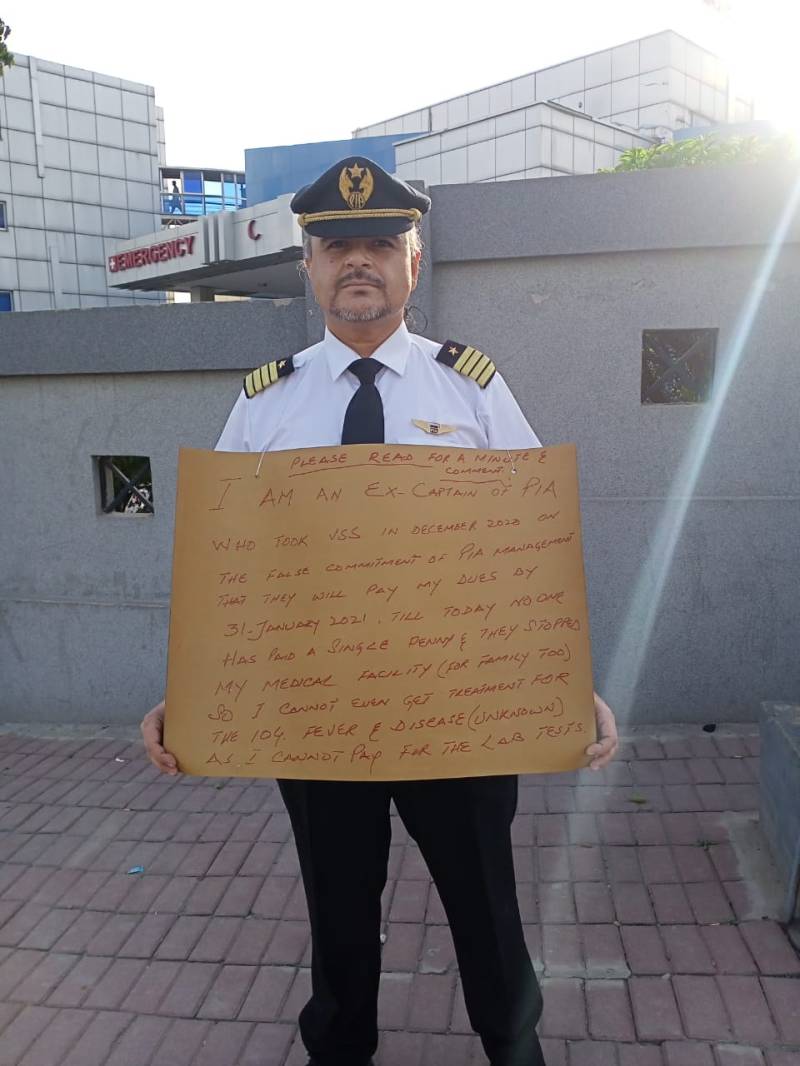 LAHORE – Pakistan International Airlines (PIA) former Captain Adnan on Saturday staged a protest over the non-payment of outstanding dues amid the voluntary retirement under the VSS scheme.

Employees of the national carrier, who took retirement under a voluntary separation scheme (VSS), have landed in trouble as the management has failed to clear their dues so far.

Former Captain Adnan is one of the employees who bear the brunt after taking voluntary retirement. Speaking in a video message, Adnan, who served the national airline for 18 years, said he retired under the VSS scheme in December last year and the management assured him of clearing his dues by January 31.

Here is the video message by Captain Adnan of @Official_PIA. Truly brave of him to speak out against the hegemony of PIA's CEO and criminal negligence of PIA's top management. cc: @ImranKhanPTI @mohrpakistan @ZarrarKhuhro pic.twitter.com/XRj2VjKEqT

He also alleged the authorities for plotting against him. He claims that authorities wrongly asserted that I own multiple restaurants and have over 75 million in cash in my bank account.

He further added that he could not avail of medical facilities after December 31 as the authorities failed to provide the outstanding dues and medical facilities despite multiple assurances. Adnan advises the management to act civil and gentle and do not mislead people by giving false statements.

Earlier, a report cited a PIA spokesperson as saying that the airline started clearing dues of former employees. At least 2,000 employees are the beneficiary of this scheme for which the finance ministry allocated Rs9.6 billion.