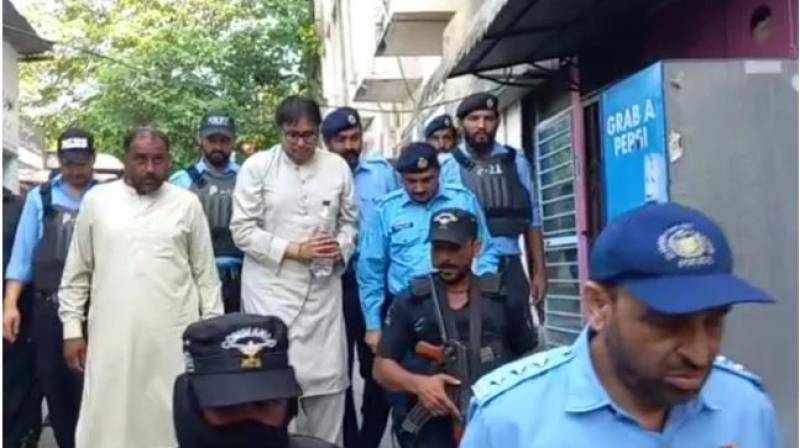 ISLAMABAD – A local court in the federal capital Wednesday approved a two-day physical remand of PTI leader Shahbaz Gill in a sedition case.

Duty magistrate Umar Shabbir ordered the police to produce the PTI leader, who is PTI Chairperson Imran Khan’s chief of staff, before the court on Friday. The hearing took place amid tight security.

During the proceedings, police requested for remand as they still need to recover Gill’s mobile phone and the device he used to make the statements.

“We also need to investigate on whose behest the program was aired,” the police told the judge.

Faisal Chauhdry, Gill’s counsel, told the judge that the program was not aired on anyone’s directives.

The case against Shahbaz Gill was registered with the Kohsar police station.

The Islamabad police took Gill into custody Monday afternoon from Bani Gala Chowk for inciting the public against state institutions.

The move invited strong criticism from the PTI leadership, with the party chairperson saying Gill was not arrested, but “abducted”.