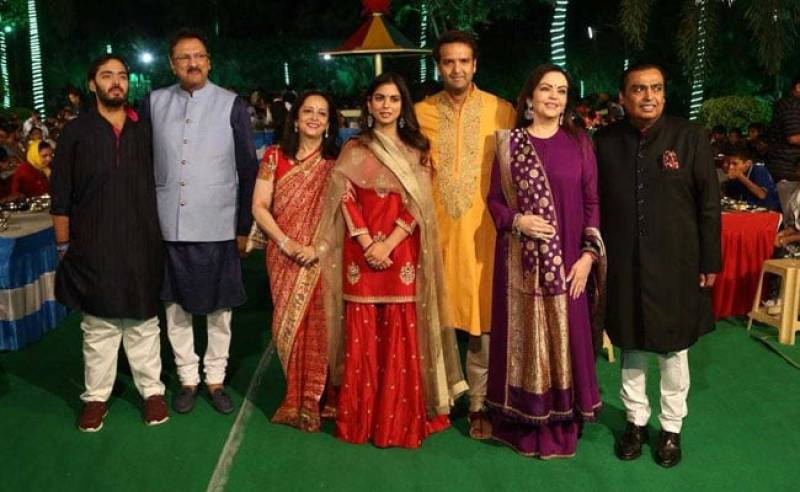 LAHORE - Isha Ambani And Anand Piramal's Pre-Wedding Party was a blast from what we can see. At one of the parties, Shah Rukh Khan and his wife Gauri Khan stole the show with their dance performance and so did Abhishek Bachchan and Aishwarya Rai Bachchan.

Several A-listers came to Udaipur for a blast of a weekend!

Aish and Abhishek were in competition with SRK and Gauri for sure! The energy was downright our of this world.

While Shah Rukh was on stage dancing with wife Gauri, Priyanka Chopra and Nick Jonas were at the other end of the stage. Priyanka and Nick enjoyed the show as Shah Rukh and Gauri danced to the popular track from Yeh Jawaani Hai Deewani.

Isha, 27, daughter of Reliance Industries chairman Mukesh Ambani, will marry Anand Piramal, 33, in Mumbai on Wednesday, but the celebrations began this weekend in the desert city of Udaipur, with feasts, singing and dancing, and other pre-wedding rituals.