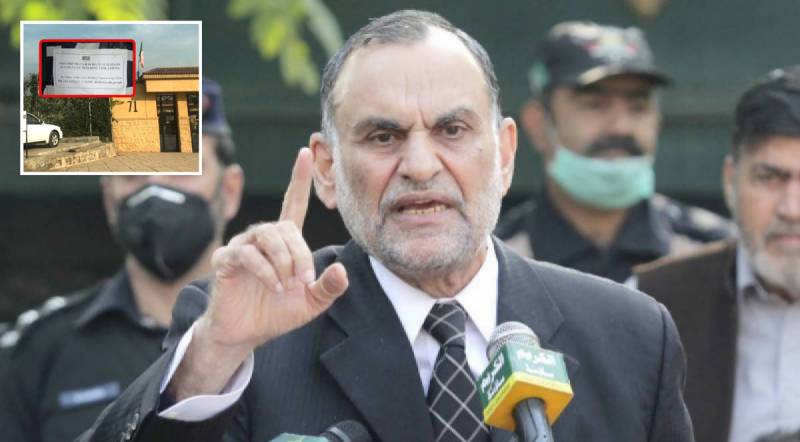 Reports in local media said Swati, 74, failed to respond to the notice issued by the land regulatory authority.

Earlier, CDA served a notice to family members of a defiant politician over illegal construction in the farmhouse. In the notices, the authorities warned the former ruling party member to demolish two basements, ground floor, and guard rooms.

The authority also directed Swati to approve the new building plan with payment of the fine, or the illegally constructed sites would be demolished.

PTI senior leader is facing a flurry of cases and is currently held by Sindh police, weeks after hurling threats at senior officers of state institutions.

On Friday, Sindh police took PTI Senator Azam Swati into custody from Quetta hours after Balochistan High Court quashed all FIRs registered against him over controversial statements in the province.