Netherlands out of World Cup after losing to Argentina on penalties 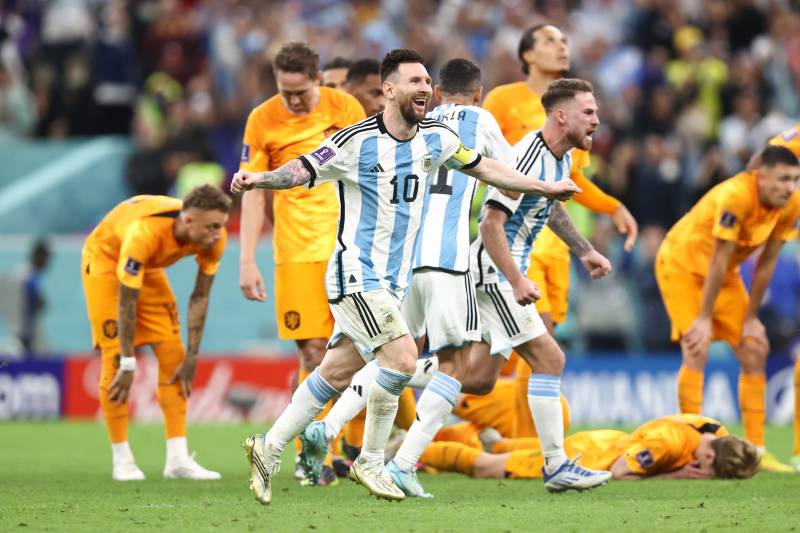 LUSAIL – Argentina on late Friday advanced to the semi-final after outclassing Netherlands 4-3 in the quarterfinals of the 2022 World Cup.

Led by one of the greatest footballers in history, Argentina avoid being the second upset of the day as Croatia beat favorite Brazil on penalties.

Argentina took a 2-0 lead late into the second half of the dramatic play before the Dutch striker took the match into extra time by scoring two goals; the second goal came in the 111th minute.

The score remained level at 2-2 after extra time, which leads to a dramatic penalty shootout.

Keeper Emi Martinez of the South American side saved the first two Netherlands penalties to give his side a 2-0 lead in the shootout too. Despite 2-0, the Netherlands continue the contest.

Later, midfielder Fernandes missed his spot kick, giving the Netherlands a glimmer of hope, before Martinez scored the last goal for Argentina.

With tough maneuvers, the Dutch continued the contest by giving tough time to Argentine. Friday’s rout was the first for the Netherlands in 20 games going back to last year's UEFA.

Friday’s game turned violent as tensions boiled over when Leandro Parades kicked the ball directly at the Dutch bench. The referee called 48 fouls and gave out a record 17 yellow cards during the game.