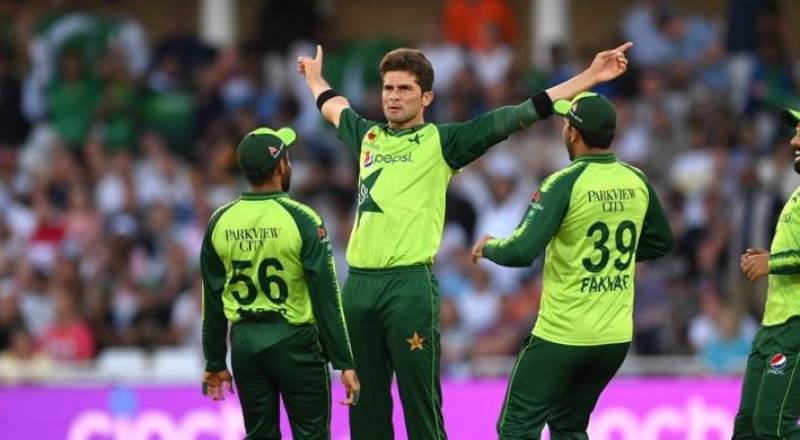 LAHORE – Pakistan fast bowler Shaheen Shah Afridi has been ruled out of T20 Asia Cup 2022 and the England home series due to a knee injury.

A press release issued by the Pakistan Cricket Board (PCB) on Saturday, said the medical committee has advised Afridi for four to six weeks of rest following the latest scans and reports.

PCB said that the bowler is expected to return in October with the T20I series against Kiwis, which will be followed by the ICC Men’s T20 World Cup Australia 2022.

The star pacer is understandably upset with the news, but he is a brave young man who has vowed to come back strongly to serve Pakistan, the statement added.

Officials further mentioned that he has made progress during his rehabilitation, however, more time is needed for complete recovery.

Meanwhile, the Sports and Exercise Medicine Department of PCB would be closely working with Shaheen over the coming weeks to ensure his safe return to competitive cricket, it added.

The 22-yar-old suffered a right knee ligament injury during the first Test against Sri Lanka in Galle last month.

Team Green is currently in excellent form, and they will want to continue their good performance in the upcoming mega-events.