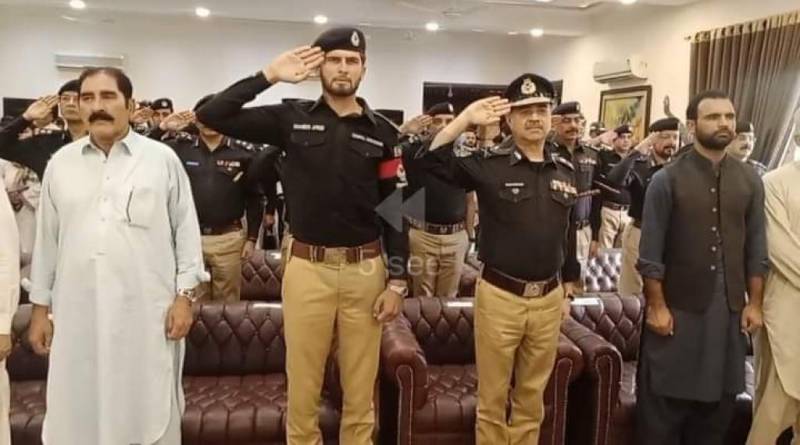 A ceremony was also held in honour of Afridi and it was attended by Inspector General of Police – KP Moazzam Jah Ansari and other officers.

Speaking on the occasion, youngblood Afridi, who can be seen wearing police uniform, said that it was an honour for him to be named as goodwill ambassador.

“My father has been representing police and my brother is still in police,” he said, adding that cricketers support the all forces of Pakistan.

Earlier this year, Afridi was crowned cricketer of the year by the world governing body for his impeccable performance in 2021.

Youngblood Afridi bagged the Sir Garfield Sobers Trophy for the ICC Men’s Cricketer of the Year as he took 78 wickets in 36 internationals at an average of 22.20 with best bowling figures of 6/51.

Lahore Qalandar skipper is the youngest cricketer to win the elusive award, while also being the first Pakistan player to achieve the feat.

Lahore Qalandars pacer Shaheen Shah Afridi gets a brand new car for his services for the franchise and the Pakistan ...