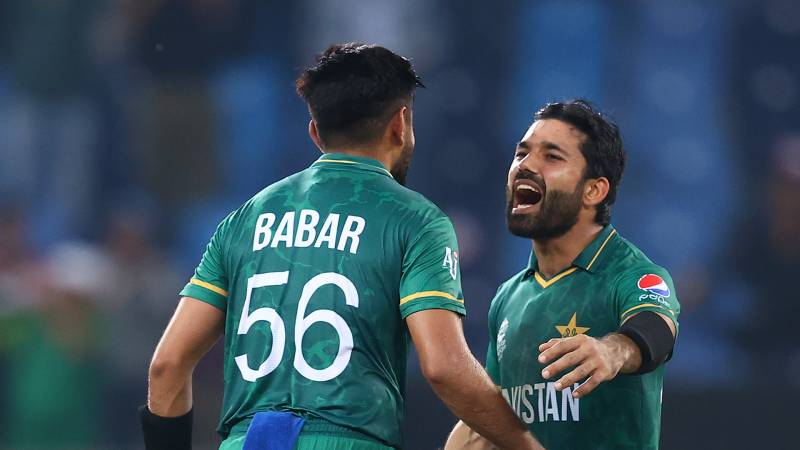 LAHORE – After 45 matches and countless incredible performances, the ICC Men’s T20 World Cup 2021 came to an end on Sunday with Australia winning the title for the first time.

With remarkable performance from their opening match, Babar Azam-led Pakistan set a series of records and remained invincible till their semi-final qualification.

Pakistan skipper Babar Azam remained the top scorer of the tournament with 303 runs that include four half-centuries in six matches.

Skipper Babar Azam and Muhammad Rizwan made the highest partnership for the T20 World Cup. The duo scored 152 runs in the partnership while playing against India.

Pakistani pacer Hassan Ali deliver is the only player of the event to deliver two maiden overs.

Besides Pakistani players, cricketers from other countries also set the records.

England’s Jos Buttler smashed the only century by any player at the tournament while playing against Sri Lanka. He also hit most sixers of the event.

Australia’s Matthew Wade was named as the most successful wicketkeeper with 16 successful catches in the T20 World Cup.

LAHORE – The International Cricket Council announced the 'Most Valuable Team of the Tournament' on Monday, naming ...