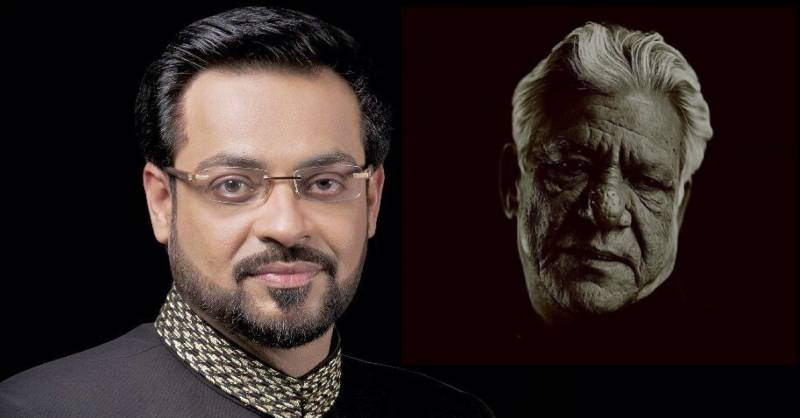 Veteran actor Om Puri who was a legend in Bollywood, recently passed away on January 6, at the age of 66, according to reports.

Both nations were deeply shocked due to his sudden demise, and paid their respective tributes to the star. Initially, Mumbai Police had registered it as a natural death, but the late actor's postmortem report stated otherwise.

According to the reports, Puri did not die due to a heart attack or excessive drinking, as the media had been reporting.

Here's an interview of Om Puri talking about Muslims and the stereotype of being a Muslim in the world:

He had, according to the postmortem, sustained a SHARP HEAD INJURY after falling down due to the influence of alchohol.

But that's not all: Aamir Liaquat has recently made shocking allegations on Om Puri's death on his show at BOL TV 'Aisay Nahi Chalay Ga'.

Watch the shocking revelations made by Aamir Liaquat here:

Liaquat explained that there were some details which were DELIBERATELY being ignored by the Indian media. He alleged that Om Puri had actually been murdered and that his body was found naked in the kitchen, along with a 2.5 inch deep injury on his head, claiming that he was brutally beaten to death, and had his feces lying around him due to the tragic incident.

Here's what Indian media (Lehren TV)  had to say:

A senior officer of Mumbai Police stated that he according to inspections, after suffering a cardiac arrest, Puri must have fallen, causing the injury on his head. He further claimed the Puri had been alone at home and there were no signs of a forced entry.

"At this stage, we have ruled out the possibility of any foul play," said a senior officer of Mumbai Police.

“He poured a drink in his glass and waited for almost 45 minutes at Nandita’s flat. But when they did not turn up, he took the glass and liquor bottle and started drinking in the car. After finishing the drink, we left,” said producer Khalid Kidwai to Mumbai Mirror, a close friend of Om Puri's.