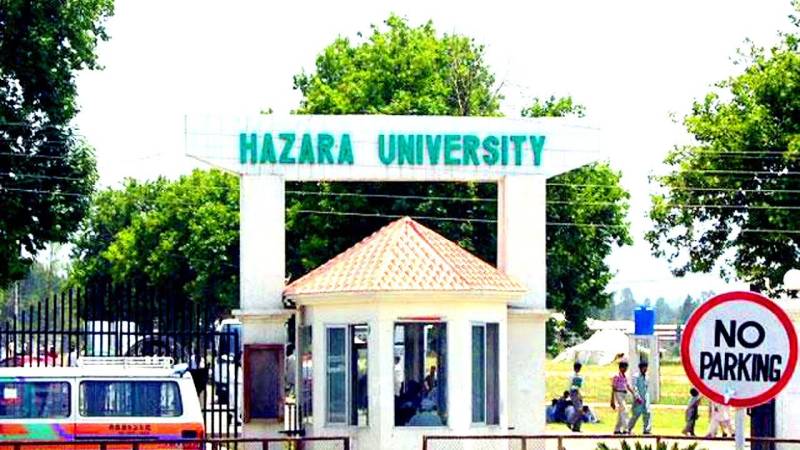 MANSEHRA – Hazara University has issued a new dress code for male and female students and faculty staff on January 6.

The University has issued a new dress code for all students which prohibit females to wear heavy makeup and jewelry while boys will not be allowed to have a ponytail, notification cited.

The notification said that the female student s will not be allowed to wear jeans, tights and T-shirts. In addition to the newly dress code, they will also be not allowed to wear heavy makeup or jewelry. 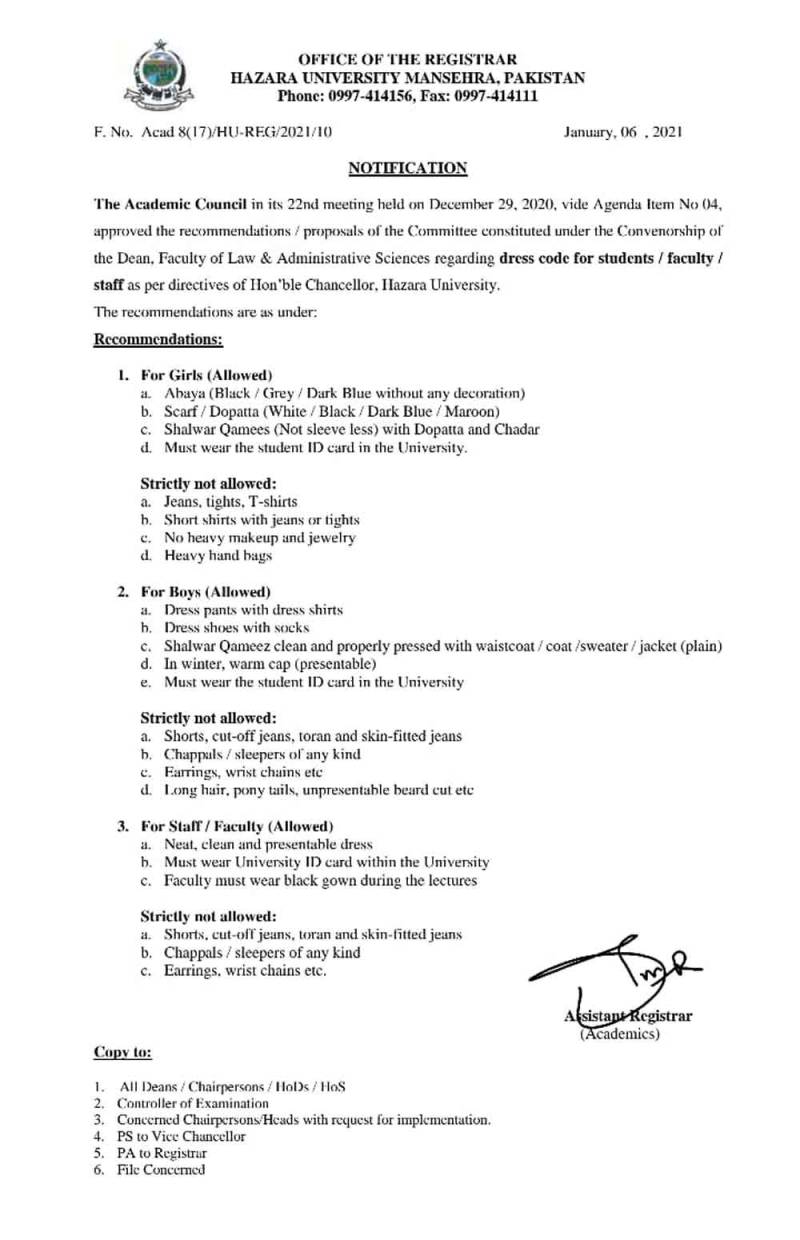 The dress code allowed them to wear shalwar kameez, abaya and a headscarf.

The notification further adds that staff members must abide the new dress code.