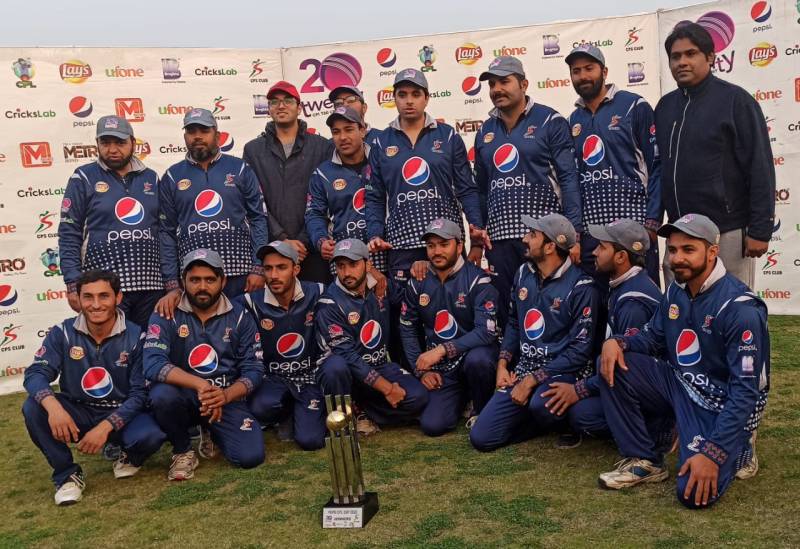 Ufone team won the toss and decided to bowl first. The decision couldn't prove fruitful for Ufone, as Orient batted strongly and posted a huge total of 190/9 on the board in the allotted 20 overs. Kamran Rafi played the remarkable knock of 40-ball 72 runs while he ably assisted by his teammate Irfan Raza who also smashed 72 runs butt off 52 balls. Another key contributor from Orient was Usman Ali who slammed 36 runs off 20 balls. Dilshad Ahmad bagged 2 wickets for 29 runs while Faheem Khan got 1 wicket for 40.

Ufone though replied in a decent way but couldn't maintain their momentum till the end and kept on losing key wickets, thus could score 155/8 in 20 overs, thus lost the final by 35 runs. Ahsan Zaidi was top scorer from Ufone as he struck 41-ball 47 runs while Ali Sikandar contributed with 26-ball 34 runs. From Orient, Irfan Raza and Muntzar Shah bowled brilliantly and grabbed 2 wickets each for 38 and 40 runs respectively.