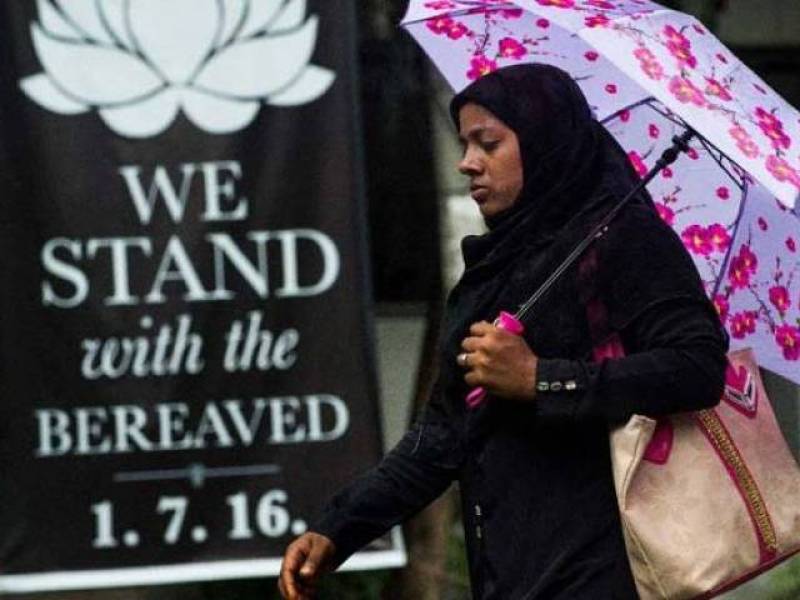 DHAKA - Bangladesh on Sunday ordered schools to notify the government about missing and absentee students in the wake of two deadly attacks by suspected Islamist extremists, several of whom were studying at elite universities but had been missing for months.

Prime Minister Sheikh Hasina urged every school, college and university to "create a list of absent students and publish it."

"We will be rigorous," the premier said. "We must uproot militancy and terrorism from Bangladesh."

Three of the alleged jihadists who participated in an attack on a Dhaka cafe last week were identified as the students of top schools and universities in the Bangladeshi capital, sparking fears that radical Islam was spreading far beyond the circles of underprivileged youngsters being radicalized at madrassahs.

School authorities will now have to provide information on any students who have remained absent for 10 days or more without explanation, education minister Nurul Islam Nahid said.

Safi, the son of a former high-level bureaucrat, was identified by his friends after he appeared in an IS video, lauding the cafe siege and threatening more attacks.

Another student of a well-regarded university also participated in a deadly attack in northern Bangladesh on Thursday that killed at least three people at a sizable prayer gathering at the start of Eid.

Bangladeshi authorities have so far only given code names of the cafe assailants after interrogating a gunman who was captured alive, but they have released photos of their bloodied corpses.

Police last week said they were trying to find former reality TV star and musician Tahmid Rahman Safi after allegations emerged that he had joined IS.

“We are investigating all those who are reported missing,” a Dhaka police spokesperson told AFP.

Police said both attacks were carried out by a banned local militant group, despite vocal claims from the Islamic State group that they were responsible for the siege at the Dhaka cafe.