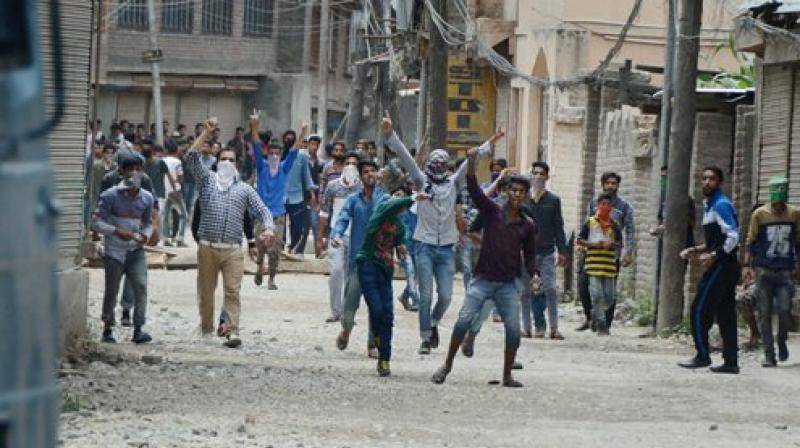 ISLAMABAD (Web Desk) - Pakistan on Sunday vehemently condemned what it called the "extra-judicial" killing of Hizbul Mujahideen militant commander Burhan Wani by forces in Indian-occupied Kashmir, who brutally put down protests that erupted in the region, killing 15 in the process.

The Foreign Office Spokesman Nafees Zakaria said such acts were a violation of the fundamental human rights of Kashmiris and would not deter the people of Jammu and Kashmir from their demand for the right to self-determination.

"The extra-judicial killing of Kashmiri leader Burhan Wani and scores of other innocent Kashmiris is deplorable and condemnable," the Foreign Office Spokesman said.

Earlier, intense clashes broke out in Indian-occupied Kashmir when people defied curfew restrictions in Islamabad (Anantnag) town and tried to march towards the main Lal Chowk.

Nafees Zakaria also expressed Pakistan's concerns over the detention of the Kashmiri leadership in Indian-occupied Kashmir and called upon the Indian government to fulfill its human rights obligations as well as its commitments under United Nations Security Council (UNSC) resolutions.

The FO spokesman stressed that the Kashmir dispute could only be resolved by allowing the Kashmiri people the right to self-determination, as per UNSC resolutions, through a fair  and impartial plebiscite under UN auspices.

Jamaat e Islami (JI) Senator Sirajul Haq also condemned the killing of Burhan Wani while talking to media after leading a funeral in absentia for the Kashmiri commander and Abdus Sattar Edhi at Mansoora on Saturday.

He said that the killing of Hizbul Mujahideen’s Commander Burhan Muzaffar Wani at the hands of the Indian forces in occupied Kashmir during Eid was evidence of the brutalities of the occupation army in Kashmir.