Serious BBC interview turned into comedy in an amazing way 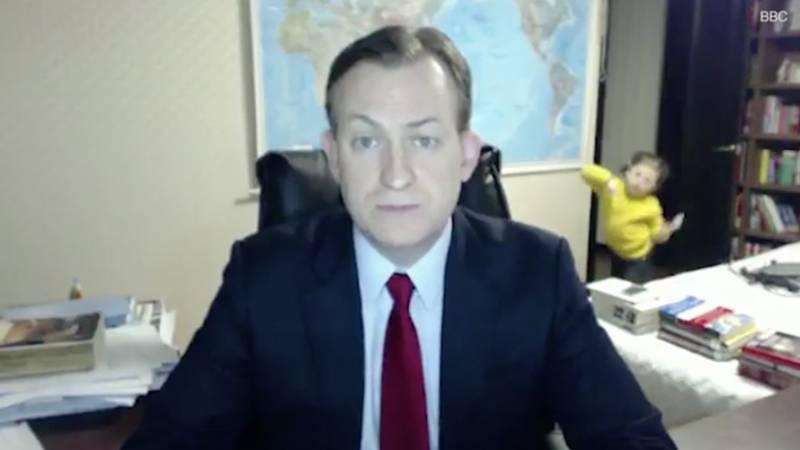 London - A very serious live interview on the BBC about the impeachment of South Korean turned into a comedy show when angelic babies entered into the office of their father who was giving his analysis.

A BBC News presenter in London was quizzing Robert E. Kelly over Skpye on his reactions on ongoing situation in the country.

The interview took a hilarious turn when one of Kelly's children made her way into the office, supremely unconcerned about the seriousness of the matter at hand, and started playing with toys. After that another child rolled into the officer in a stroller. Later, a woman sped in and retrieved them both.

Kudos to Kelly for managing to keep his composure and complete the interview successfully.