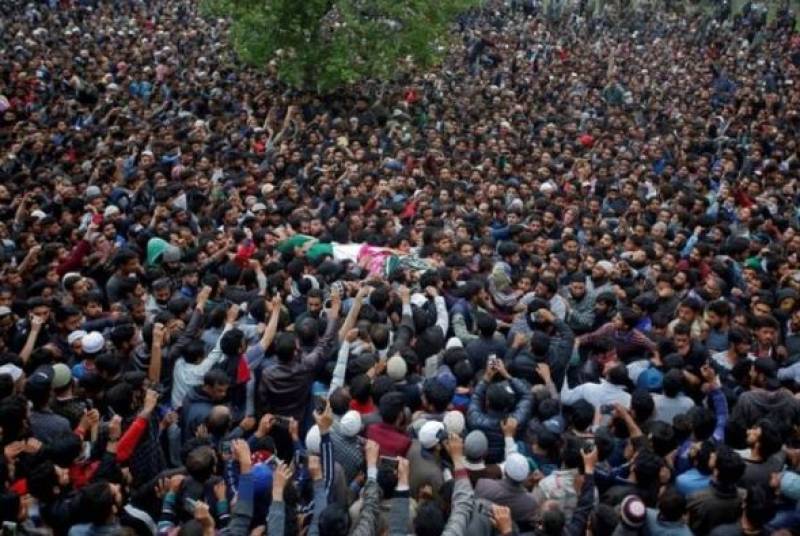 SRINAGAR – Thousands of people, defying curfew and other restrictions in occupied Kashmir, participated in the funeral prayers of two martyred youth in Kulgam and Shopian districts on Tuesday.

According to Kashmir Media Service, the young men identified as Shabbir Ahmed Malik and Aamir Ahmed Dar were killed by Indian troops during a violent cordon and search operation in Ribbon area of Shopian district on Monday.

The Chairman of Muslim Conference, Shabbir Ahmed Dar and Ummat-e-Islami in their separate statements in Srinagar said that the collaborators of India like Altaf Bukhari, Usman Majeed and others would face the wrath of the people of Kashmir for becoming a pawn in the hands of fascist Hindu rulers in India.

Meanwhile, the Law Society of England and Wales through an official letter written to Indian Prime Minister Narendra Modi expressed grave concern over the continued detention of the President of High Court Bar Association of occupied Kashmir Mian Abdul Qayoom. Calling his detention as ‘judicial harassment.