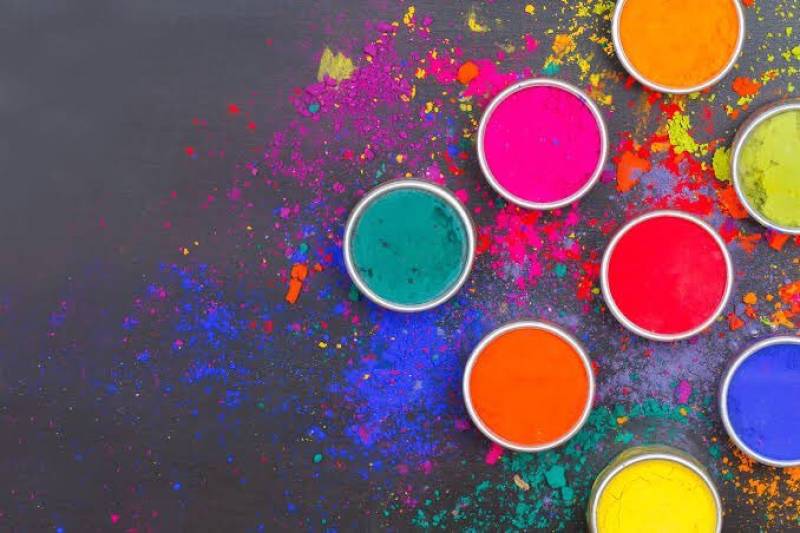 HYDERABAD – The Hindu community on Tuesday celebrated religious festival Holi with enthusiasm amidst throwing colours on each other.

Thousands of Hindus living in Hyderabad, the second largest city of southern province of Sindh, celebrated Holi festival during which temples were decorated with colours and special prayers were also offered there for development and prosperity of the country.

The Holi, festival of colours, is celebrated every year in February or March which signifies new beginnings, leaving behind winter and welcoming spring season.

The state of Pakistan made sure to protect it's hindu minority on the occassion of holi festival in haider abad. Pakistan's main agenda is to promote peace, and protect its citizens irrespective of their religious beliefs. Try to unlearn hatred taught by Fascists. pic.twitter.com/eW8rWCmqb7

Meanwhile, a group of Hindu youngsters holding Pakistani and Kashmiri flags celebrated Holi festival opposite Hyderabad Press Club and chanted slogans in favour of innocent people of Occupied Jammu and Kashmir who had been kept hostage since more than 200 days by occupying Indian forces.

They demanded to end siege of Kashmir and restore special status of Jammu and Kashmir as recognized in UN resolutions.

They said all minority communities including Hindus were enjoying full rights and freedom to observe and celebrate their religious festivals in Pakistan.