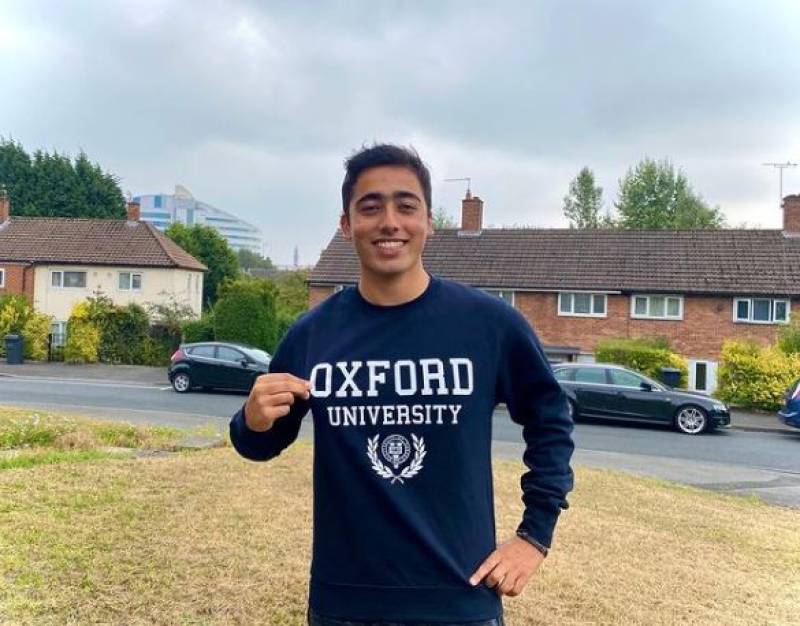 Ahmad Nawaz, the survivor of the Army Public School (APS) attack in Pakistan’s Peshawar, earned pride for the country as he was elected to the Governing & Standing Committee of Oxford Union in the University Of Oxford.

The 20-year-old student made the announcement on his Instagaram stating, “Alhamdulillah I’m very excited to share that I have been elected to the Governing body – Standing Committee of Oxford Union in the @oxford_uni”.

“It’s an honor being part of one of the biggest platforms in the world!” Nawaz concluded.

In 2014, Nawaz was 14-year-old when he received bullet injuries during a Taliban attack on the APS school. His younger brother, Haris Nawaz, was among the 150 students and teachers martyred by militants. Ahmad saved his life by pretending to be dead when the terrorists were roaming the school building.

After he was shot in the arm, Ahmed Nawaz was airlifted to Birmingham for treatment. He has been staying there ever since with his family and got admission in the Oxford University on the basis of his school grades in 2020.