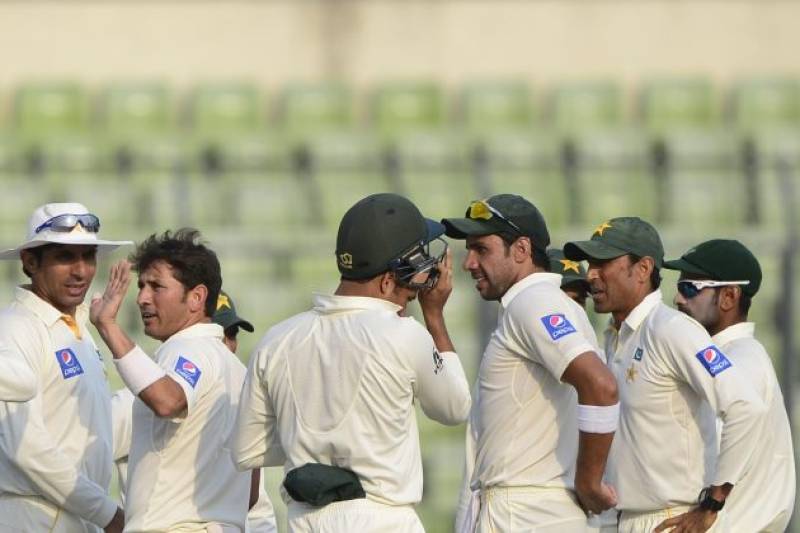 DUBAI (Web Desk) - Pakistan Cricket Team has been fined for maintaining a slow over-rate during the second Test match against Bangladesh at Mirpur which concluded on Saturday, ICC said on Sunday.

Meanwhile, Pakistan’s Imran Khan has been reprimanded for breaching ICC Code of Conduct during the 328-run victory on Saturday.

The offence happened on the final day of the Test when Imran dismissed Tamim Iqbal and subsequently appeared to “give the batsman an aggressive and continued send-off”.

The charges were levelled by on-field umpires Nigel Llong and Paul Reiffel as well as third umpire Ranmore Martinesz.