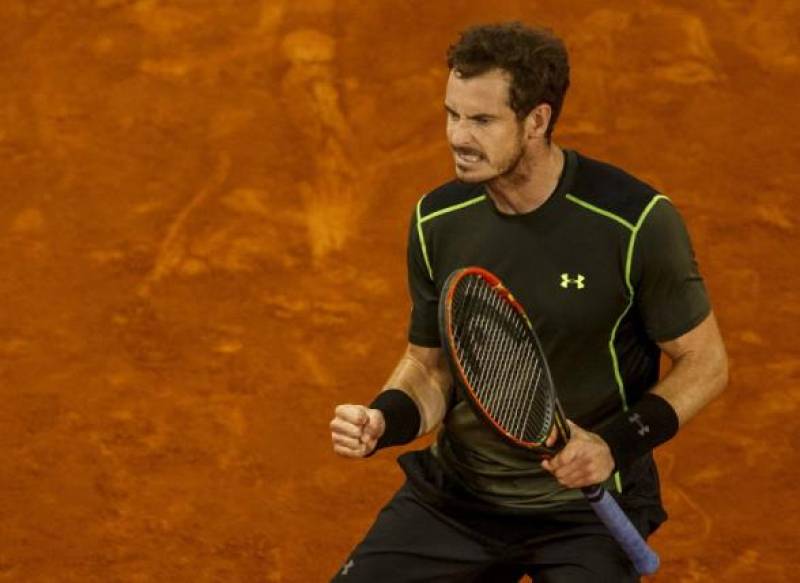 MADRID (APP) - Andy Murray will meet Rafael Nadal in the final of the Madrid Open after continuing his flawless start to the European clay court season with a 6-3, 6-4 win over Kei Nishikori.

Earlier, Nadal powered past the Czech Republic's Tomas Berdych 7-6 (7/3), 6-1 to reach his seventh final in the Spanish capital.

"This year and in the off-season I put in a lot of hard work on my game and made a few changes and tried to get back to playing the way that I was playing when I was my most successful," said Murray.

"Today I was pretty aggressive, I tried to dictate a lot of the points, especially when he was serving, and it worked well.

"Against Rafa it's going to be extremely difficult, especially playing here in Spain. I think he's played very well this week too, so hopefully I can put in a good performance and make it tough for him."

Murray won his first ever clay court tournament earlier in the week in Munich, but was up against an in-form Nishikori, who claimed his second consecutive Barcelona Open title two weeks ago.

"There were too many unforced errors from me. I don't think I played too bad, but to beat Andy I was missing too much," said Nishikori.

The world number three Scot was the dominant player in the first set as he claimed the final four games to move in front.

Japan's Nishikori had been a set up on Nadal in last year's final in Madrid before eventually having to retire due to injury, and he showed why he has become such an accustomed clay court player early in the second with a great variety of shots to get the early break.

However, Murray broke straight back to level at 2-2 and after five consecutive holds, the two-time Grand Slam champion broke once more to seal his place in his first ever final in a Masters event on clay.

Unusually it is Nadal who is seeking his first title of the European clay after falling to world number one Novak Djokovic in the Monte Carlo Masters semi-finals and a stunning defeat to Fabio Fognini early at the Barcelona Open last month.

However, the nine-time French Open champion showed signs of his best form back on his favoured surface in sealing victory in temperatures which nudged 30 degrees in just under two hours on court.

"Tomas is a player that is playing spectacularly this year, he is competing in all the tournaments and I had to be at a high level to beat him," said Nadal, who holds a career 15-5 edge over Murray and is 6-0 on clay.

"It is without doubt one of the best matches I have played all year.

"I am very happy. This week was vital for me and to be in the final is great news. Last year Madrid helped me a lot and this year I think it is again."

Nadal was blown away by Berdych earlier this year in the Australian Open quarter-finals, but he always looked sure to extend his record over the world number seven to 7-0 on clay after edging a tight first set on the tie-break.

The 14-time Grand Slam champion finally broke through Berdych's resistance in a marathon fourth game in the second set on his third break point opportunity to lead 3-1 and won the next three games to move to within one match of a fifth title in Madrid.