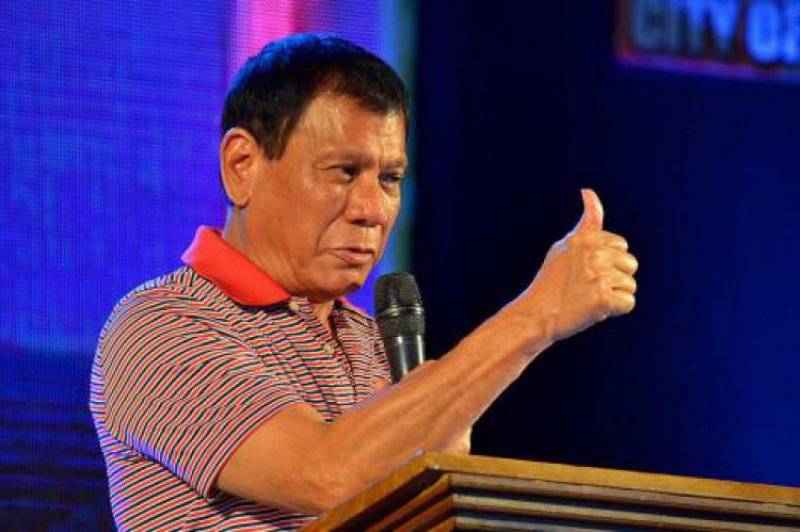 Although the official result has not yet been declared, main rival Mar Roxas admitted defeat after polls gave Mr Duterte an unassailable lead.

Mr Duterte said he accepted the mandate with "extreme humility".

The 71-year-old stirred controversy during campaigning with his incendiary comments.

He has credited his success to his tough stance on law and order.

His record as the crime-crushing mayor of the southern town of Davao, once notorious for its lawlessness, earned him the moniker The Punisher and resonated with voters.

Other driving issues of the election campaign were pervasive corruption, as well as the poverty and inequality experienced by many Filipinos despite economic growth under outgoing President Benigno "Noynoy" Aquino.