The nature is healing 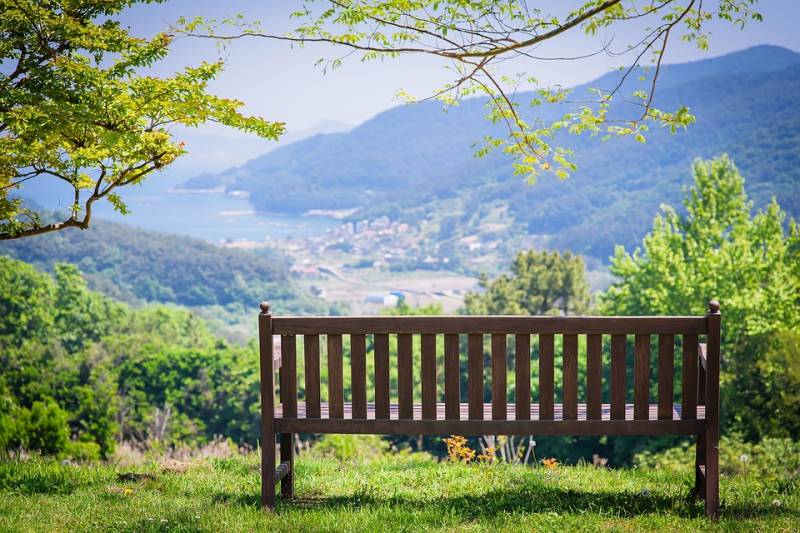 In December 2019, the world witnessed the outbreak of an epidemic caused by virus SARS-CoV-2, one of the viruses which dwell in animals and is seventh of Coronavirus diseases. The virus causes COVID-19 disease. Its origin belongs to China, Wuhan, where people started to suffer a lot, however, the responsible government timely took charge of the need for an hour. The country got locked down and doctors manifested their responsible and devoted attitude by handling the accelerating cases of the terrible acute disease. The disease has been declared a pandemic by the WHO (World Health Organization) and has become a trend on social media, news media, and inlay people’s discussions. China managed to complete it and eventually come out of the marathon of life and death as a winner. Now, the condition in Italy has got worse.

Third world countries are easy targets for the attacker, thus; economically developing countries, like Pakistan, are under menace. Eventually, the current challenge has reached Pakistan with its strong impact in the province of Sindh. Pakistan has to pay back heavy debts, lift the ailing economy out of the near-collapse and finally make the nation stand strongly on its pillars. The need is to cooperate with each other else, the suffering countries may devastate. The situation is alarming around the globe engendering hysteria, xenophobia, and agro-phobia among the masses, depicted in one case by one of Trump’s interviews reporting that China is putting out wrong information that American military has given this disease to them. The time is not to blame each other but rather support one another out of any biases if we have to bring this orb back to life.

Today, our present must be all about smartly and cooperatively coping with COVID-19 so that our future will be more about the happy revived life.

In either case, the question is why are these fatal diseases emerging in almost every century, when everything is going well, as a strong blow for humanity. The disturbing query is we do not know from where these epidemics are coming and what are the possible reasons for their emergence? One rational explanation can be that these kinds of outbreaks result in the way humans are interacting with the environment which they have never before. Humans are contacting with the wildlife and nature in quite a different way.

Until humans are making remote areas less remote, disturbing the natural life cycle set by nature, causing harm to the ecosystem, ozone, etc these outbreaks are going to be there. Hypothetically, consider what if COVID-19 strikes hard Congo which has just discharged its last Ebola virus patient? The world could have witnessed a catastrophe which could never be forgotten. Today, we really are witnessing and being stroke hard by a global cataclysm and these kinds of challenges are going to be there until we produce a reliable solution. Now, the question is how can we prepare ourselves for tackling the outbreak of new diseases? What can be the nearest possible reliable solutions? The outbreak of the Ebola virus in Sierra Leone, West Africa, proved to be fatal and reasons being insufficient information, resources, and doctors.

At the time of the epidemic, they had 120 doctors in Sierra Leone out of which 11 died while fighting against the disease. China and Sierra Leone would have identified the disease quickly and earlier, they would have provided care to the patients in a more effective way to protect the disease from spreading on a larger scale so that China and Sierra Leone had no need to build more hospitals or witness heartbreaking deaths of innocent lives of their close ones’. The situation in Sierra Leone would not have got worst if they had enough information and strong healthcare systems.

These outbreaks due to lethal creatures can occur at any point in time and we cannot stop them since prodigious aspects of nature still to be discovered. The need is to take some more advanced steps on a global level to face the impacts of such challenges. The International Health Organizations should produce strong health systems, a capable group of epidemiologists, step-up researches and produce simulations (germ games) to learn how to tackle with new epidemics or pandemic challenges. They should try to develop a system to collaborate with institutes and experts of another field of study on a more local level to work on developing personalities, the attitude of the general public and set a track for the way they think. So, people can act maturely when have to face strikes like this. The dealing of International Organizations should be in accordance with equity so that equally strong health systems can be generated in every country (Alanna Shaikh, a global health consultant and Bill Gates).

Still, if these natural disasters hit humanity, the only way out is Hope…

It seems like that this great paralysis time is actually Earth’s decisive step to get rid of its viruses, those who are destroying and collapsing it. Even though Earth is the only planet capable of life in the cosmos, humans seem to care not much and keep on consuming its gifts on an accelerating rate. Even laypeople possess the knowledge to some extent and are heard discussing climate change and global warming, disturbance in food-chain, and the pollution spreading around the globe. Still, the human race is on its way in making a terrific and horrible impact on this only living orb.

Humans must have been poisonous creatures to Earth roaming over it as an owner and harming it while using its water, land, and air. The usage of these gifts was quite self-centered for over past history since humans focused on improving and producing ease for themselves which leaves Earth with damages. For this mother-nature has often to decide for ways to cure its wounds and bruises. One of the ways that this sphere chooses are the outbreaks; the outbreak of Leprosy in middle-ages, Black Death, Cholera pandemic, Russian Flu, Spanish Flu, Asian Flu, and many other pandemics and epidemics are the proofs.

21st-century generation is witnessing a new time brought upon on Earth by the novel disease. There are fewer flights and so reduced air and road traffic, stagnant industrial work, no international meetings of Prime Ministers and Presidents for whom security there are dozens of cars rushing in front and behind their car and reduced garbage heaps on inappropriate places. People being enforced indoor has brought a halt to some extent in the disturbance of the global environment. It’s not just that economy has fallen throughout the world, factories are closed, schools, colleges, and university students are having holidays out of the blue, and folks are locked down in their homes; something else is ahead. The standstill situation of cities and lives has changed the world. The water bodies and sky is exhibiting their enchanting and mesmerizing side to Homo-sapiens. Mother-nature is revealing its beauties with hardly leaving anyone not admiring its charm.

The air in China and Italy, out of ordinary, is clean now. The Grand Canal of Venice, Italy, is running clear because of reduced water traffic unlike before when there used to be dense water traffic. In cities like Seattle, New York, Los Angles, Chicago, Atlanta the specks of dust have been lifted while unveiling the eyeful beauty of the sky. The reduced economic activity in China has caused decelerate in carbon emission up to 25 percent which the Center for Research on Energy and Clean Air estimates to be corresponding to 200 million tons of carbon dioxide (New York Times, Cristina Daura). Forbes (an American business magazine) reports that professor Marshall Burke, an assistant professor in Stanford’s Earth system science department says “Two months of pollution reduction likely has saved the lives of 4,000 kids under 5 and 73,000 adults over 70 in China.” Dazed (a British style magazine) reports that imagery shared by NASA shows a deceleration in nitrogen dioxide levels which mainly come from the burning of non-renewable resources for traffic and industrial production across China. The agency of NASA partly attributes this improvement to measures taken to stop the spread of the novel disease in the country.

Wildlife is taking the command now. With humans pushing the wild nature into smaller and discomfort zones even making some species become endangered, wild critters are coming out and strolling with loose. Mumbai Mirror (compact newspaper in the city of Mumbai) reports that endangered Olive Ridley Turtles have returned back to Rushikulya River mouth in Odisha for mass nesting where a rare Albino turtle was also found. Videos shared by Indian Forest Service (IFS) officials showed endangered Malabar large-spotted civet which was last time seen taking over the streets in 1990. The Washington Post reports on April 15, 2020, that mountain goat took over a town in Wales, and whales are gulping into Mediterranean shipping lanes.

Professor Katharine Hayhoe, a climate scientist, says in her tweet that “The six stages of climate denial are: it's not real. It's not us. It's not that bad. It's too expensive to fix. Aha, here's a great solution (that actually does nothing). And - oh no! Now it's too late. You really should have warned us earlier”. Seems like we are witnessing this last stage of denial where it’s too late and now the human race is facing the hard blow of Earth.

On the positive side, this challenge can be a blessing in disguise since the unexpected change is here. Nature is healing which can serve as humans’ motivation power to restart life after the pandemic is over realizing that they can advance in making more discoveries and inventions while embracing the mother-nature at the same time. The time gives us the lesson to value the gifts of mother-nature and respect them despite using them for extravagant activities. The secrets of the cosmos are still to be discovered and so far there is no gigantic body offering life, if Earth will abandon the life on it there will no other door to another Earth.

The writer is pursuing her BS (hons) degree in English from a local university in Lahore.