Family to sue Greece over killing a Pakistani at border 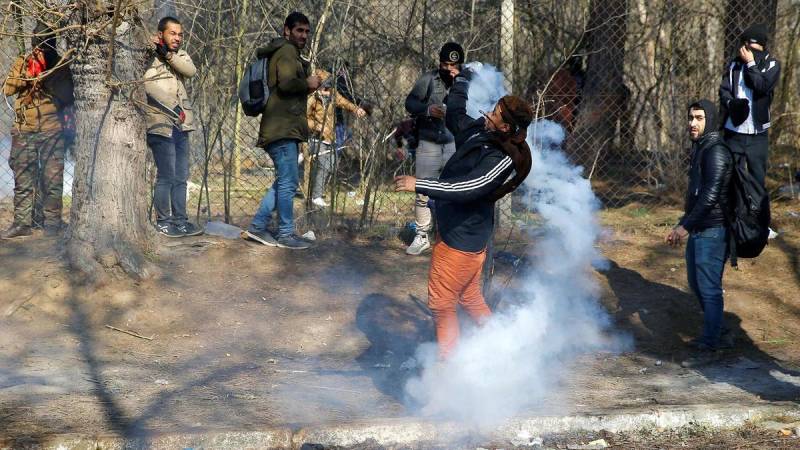 ISLAMABAD - A Pakistani family has planned to sue the Greek government over his fatal shooting at the border with Turkey in March when thousands of people have barred entry to the European Union.

Muhammad Gulzar was one of seven people shot during chaotic scenes after Greek soldiers, backed by the European Union, used tear gas to repel the migrants from a border fence between the two countries.

Earlier, Athens claimed the fatal shooting was “fake news” invented by the Turkish authorities but a collaboration between media and three investigative groups concluded that Greek soldiers probably fired the fatal shot, The National reported on Sunday.

According to the media report, Gulzar, who had lived and worked in Greece for some 13 years – was killed while traveling back to the country from Pakistan where he had visited sick relatives, his family said.

Witnesses claimed that he went to the fence to urge soldiers not to fire tear gas at those gathered on the other side.

“I am very angry because my father has died and I am still crying,” the son of the dead man told Sky News, which reported news of the planned legal action.

Mr Gulzar died close to the border crossing at Kastanies, on the Greek side of the border, which faces the Turkish city of Edirne.