Scared of the panda, the west embraces the bear 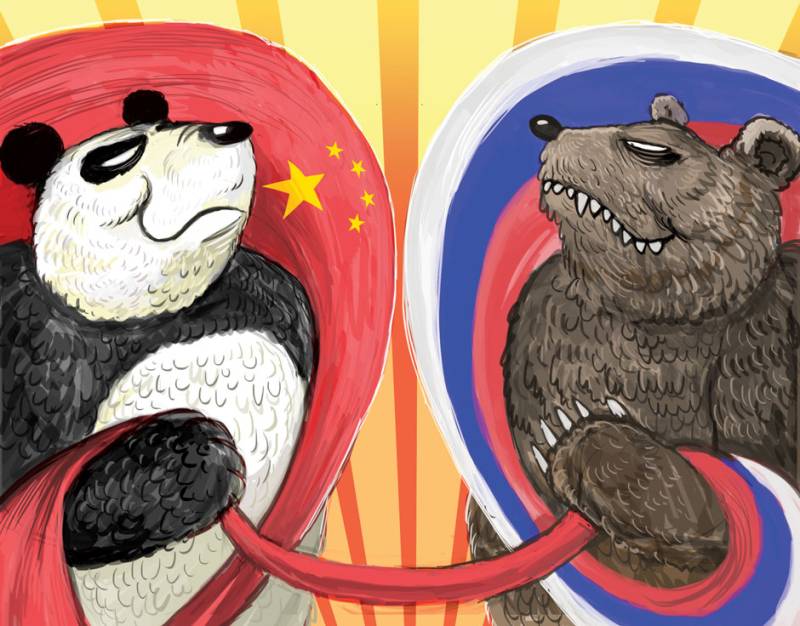 Vladimir Putin’s landslide victory was anything but the result of a genuine outcome of a democratic process. Yet, Germany, France and the US did not waste much time to congratulate the new czar. As per the reports, US President Donald Trump was advised against felicitating his Russia counterpart. He chose to ignore the advice written in all caps, ‘DON’T CONGRATULATE’. Trump gotta do what Trump gotta do!

Across much of the world, there happen varying degrees of fraud in the electoral process. Once the exercise ends, the declared winner is recognized as the legitimate ruler regardless of his means or the pitfalls of the process. “Congratulating Putin was not a departure from the norm” is apparent from the incoming phone calls to Moscow from the western capitals.

Well, the re-election of China’s President Xi Jinping prompted an entirely opposite reaction. Last month, he won the second six-year term as the general secretary of the Communist Party and chairman of the CPC Central Military Commission. In an unprecedented decision, the Communist Party waived off term limit for the top office-holder.

As much as the western democracies seem content with the strongman of the Kremlin, they are preoccupied with the ambition of democratizing China. Since Mao Zedong’s era, Beijing has evolved its trademark process of electing the leadership. China believes that the western-style electoral process divides the society, which creates un-necessary confrontational tendencies. The Beijing’s version of ‘institutionalized consultative democracy’ is ‘non-confrontational’ where disagreement on issues and opposition to a particular individual does not enter adversarial mode. A Chinese political scientist will point towards the United States after 2016 elections.

China is no Russia when it comes to its behavior in the international affairs, barring a few exceptions. Putin’s Russia relies heavily on hard power or military force ranging from Georgia to Syria and Ukraine. The Kremlin has no qualms about the covert and overt role in democratic processes and decision-making fora across the western world. Xi’s China has consistently been relying on soft power symbolized by One Belt One Road initiative. Beijing has tried to fill the void created by Donald Trump’s introvert policies. The Maoist China that appeared in post-WWII order as a rival power, ideologically as well as militarily, has reformed itself to the economic order over the past three decades. Why should its action not seen as  ‘responsible state behavior’ in world politics! As much as the Asian giant has helped maintain stability in the global order, it also treads the path to boost its international image and forward its economic interests.

Talking about exceptions in Beijing’s global behavior, China’s policy to veto any resolution against Assad in Syria is extremely confusing. Repeated use of chemical weapons by the Syrian tyrant has been shielded jointly by Beijing and Moscow at the United Nations Security Council. So far, the Xi government has vetoed resolutions on the Middle Eastern country for six times. China defends its approach as a continuation of the policy of non-interference in domestic affairs of other sovereign countries. Is there a limit to the policy of looking-the-other-way? Has Beijing been asserting backdoor pressure on Assad to reform and engage with the rebellious citizens? The answer to both the questions is negative. On the flip side, the absence of PLA troops in Damascus alongside the Russian military is a telltale sign of non-interference policy. Singlehandedly, Xi’s cold-blooded Syria policy has shocked more eyebrows than his government’s actions in the disputed South China Sea. The construction of bases on reclaimed islets can be justified as measures to strengthen its claim and boost maritime security but there can be no logic to strengthen a regime which kidnaps, dislocates and kills its own people.

Barring the Syria exception, Beijing and Moscow pursue different routes on regional and global issues. Xi Jinping has avoided reciprocating Trump’s actions signifying the start of a trade war. As much as the new trade policy isolates Washington, China cozies up with other western nations adversely impacted by the imposition of steel tariff. Moreover, a surge in the participation of Chinese peacekeepers in UN operations is yet another indicator of the soft power projection. On the contrary, Putin has adopted a trigger-happy approach to literally every region of Moscow’s interest.

Thus, concern over Xi’s lifetime presidency is largely discriminatory and predisposed. While there is no universally agreed form of democracy recognized as one of the universal value, the freedom of expression sure is. China’s clampdown on dissidents and gag on social and mainstream media will have to end.

Xi is also faced with the challenge of corruption in the wake of OBOR. The previous attempts to curb graft have been successful yet the skeptic foreign observers interpreted them as means to consolidate power. Beijing’s stronger and more transparent actions against graft will not only lead to better governance at home but also globally wherever Chinese investment has poured in.

The third challenge for Chinese leadership will be to avoid aggressive posturing of its military might. The US and its allies – Japan, India and Australia – have already upped the ante by formulating joint strategies to mitigate the ‘threat’. The western narrative of a resurgent and assertive China largely rides over the media outreach at its disposal. The manifestation of soft power is being largely contradicted by adverse coverage portraying China’s military prowess as aggressive than otherwise. The ability to manage conflicts in South China Sea or vis-à-vis India through diplomatic means serves Beijing more than any other stakeholder or rival in the game.

Under President Xi, the ‘institutionalized consultative democracy’ must remain a living concept ready to adapt to the needs of Chinese society comprising a predominantly young and ambitious population. Since its independence, Beijing has disproven its skeptics and there’s a likelihood that collective wisdom will prevail in the most transformative era.