NEW DELHI (Web Desk) - Sangeet Singh Som, the fiery BJP MLA at the forefront of the frenzied anti-beef protests and an accused in the Muzaffarnagar riots, founded one of India’s leading halal meat export companies, the Indian media reports.

The company, Al-Dua Food Processing Private Ltd, was founded by Som, along with Moinuddin Qureshi and a third partner, to deal in meat and meat products in 2005, according to The Hindu.

According to Al-Dua’s website, the company is now a “leading producer and exporter of halal meat from India.”

Som’s role in promoting the company is at variance with the BJP’s campaign, led by Prime Minister Narendra Modi who during the Lok Sabha polls, called the growing meat exports the “pink revolution.”

Modi and others have said that the growing meat exports were a cover for slaughter of cows. 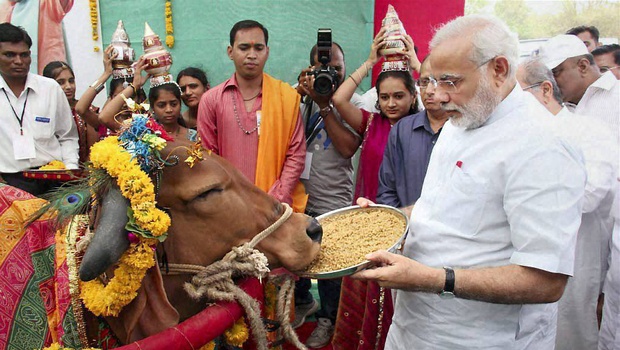 Som, however, has flatly denied having anything to do with meat business.

“There was nothing about meat. I am a pure Hindu and would do nothing to hurt Hindu sentiment. You would be surprised to know that despite being a Thakur I don’t eat even egg and start my day with a havan,” he told The Hindu when confronted.

On Wednesday, Indian police arrested six people after a 50-year-old Muslim man was beaten to death over rumours he had eaten beef, a taboo in the Hindu-majority nation.

Mohammad Akhlaq was dragged from his house on the outskirts of the capital and attacked by around 100 people on Monday night.

According to the Memorandum of Association of Al-Dua Food Processing, filed on December 19, 2005, the company, which exports halal meat to Arab countries, was started “to carry on the business of (sic) manufacturers, producers, processors, buyers, sellers of and dealers in meat, meat products…”

Official filings with the Registrar of Company Affairs show that the company purchased a piece of land for Rs30,78,000 in 2005-06.

Al-Dua was not the only business dealing between Som and Qureshi, one of India’s leading meat exporters. Som has also been involved as an additional director in Al-Anam Agro Foods Pvt. Ltd. with Mr Qureshi.

A day after telling Hindustan Times that he was unaware of being appointed a director in the company and that his involvement was only in purchasing a plot in Aligarh for a meat processing plant, Mr Som took a different line when The Hindu confronted him with the evidence. 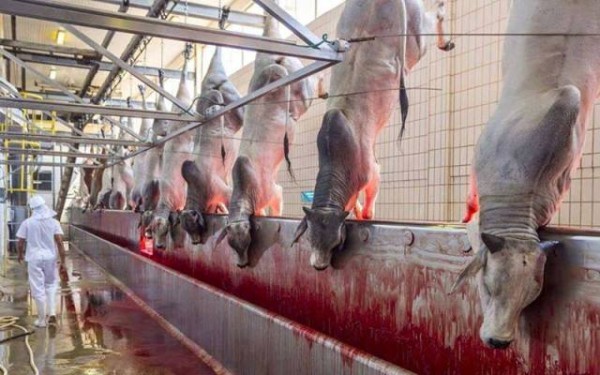 The BJP MLA from Sardhana constituency in Meerut, admitted that he was a director of Al-Dua for about two years because he had invested about Rs9 lakh in the property.

“Being one-third stakeholder of the land I was a director in Al-Dua. In fact, I only asked them to make me one of the directors. But just two years after that we sold the land to somebody so it ended my relationship with Al-Dua,” he said.

Mr Som insisted that Al-Dua was just a piece of land when Mr Qureshi along with Mr Rawat, whom he kept on addressing as “Delhiwale pandit ji,” bought it.

“Apparently, Moin Qureshi didn’t have sufficient money. So he must have approached Mr Rawat who in turn approached me. The company which was just a land then, had equal stake from all three of us. That is why I was also a director,” he said.

Sounding visibly upset over phone, Mr Som said, “I am frankly telling you that by investing in that land, I made a mistake. I had no idea that Al-Dua had anything to do with meat.” He added, “But all this was way before I joined politics.”

Asked if he had any idea about Al-Dua and Al-Anam being associated with buffalo meat processing and export, Mr Som said, “I am telling you not once but repeatedly that I had no idea. Al-Dua was in 2006 just a piece of land.” 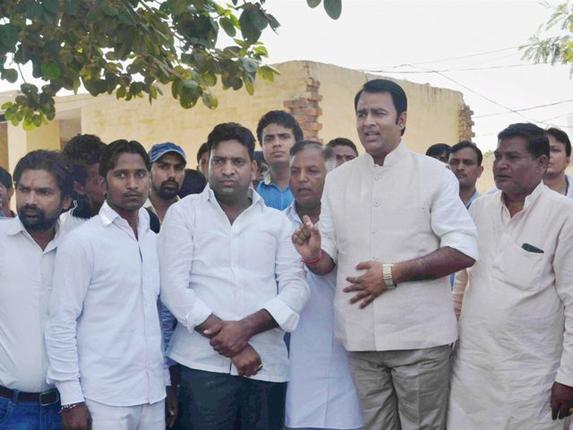 He also claimed that Moin Qureshi, along with Mr Rawat and himself, had sold the land in 2008 and since then there has been no association with Al-Dua.

The BJP leader termed all this a political conspiracy by opposition party, Samajwadi Party.

“The Al-Dua Food Processing has the best processing facilities and is an established name and has a reputation for which our products are most sought after in all exotic markets. Al Dua Food Processing are specialists in the export of quality halal buffalo, sheep/lamb, goat meat and hides,” the company’s website claims.