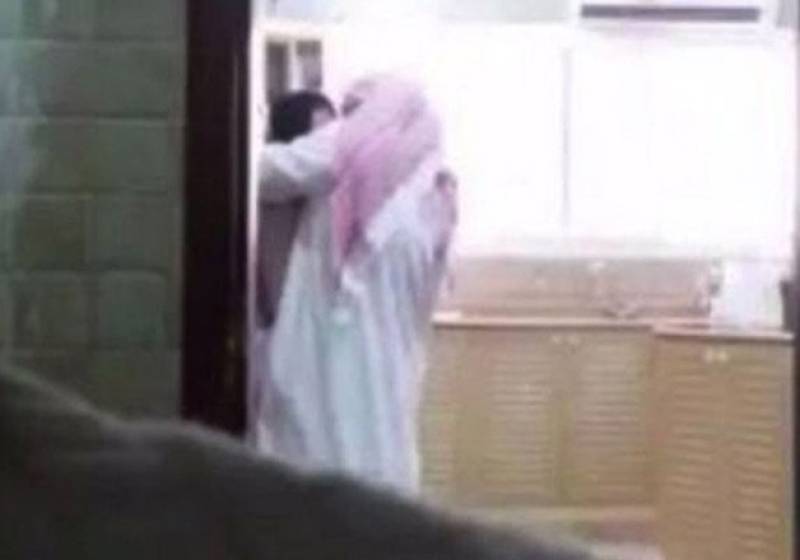 JEDDAH (Web Desk) - A Saudi woman who recorded her husband groping their maid has landed in trouble for breaking a bizarre law, local media reported.

The woman recorded her husband’s attempt to rape a maid with a hidden camera and uploaded it on social media. The video, which shows his husband’s infidelity, has gone viral on internet.

The wife uploaded the video on social media and wrote, “The minimum punishment for this husband is to scandalise him.”

The Saudi man could be clearly seen forcing himself on one of the maid of the family. Another woman, also believed to be a maid, is seen walking around in the kitchen.

Ideally, the man should be jailed for attempting to rape his maid but thanks to a law on information technology, his wife who recorded the video is facing a jail term.

She is now facing jail term or a fine.

“She faces up to one year in prison or a fine of SR500,000 (£87,214) for defaming her husband in line with the law on information technology crimes,” lawyer Majid Qaroob told a local newspaper.

“This law includes stiff punishment for anyone using mobile phones with camera or other equipment to photograph others and defame them,” he said.