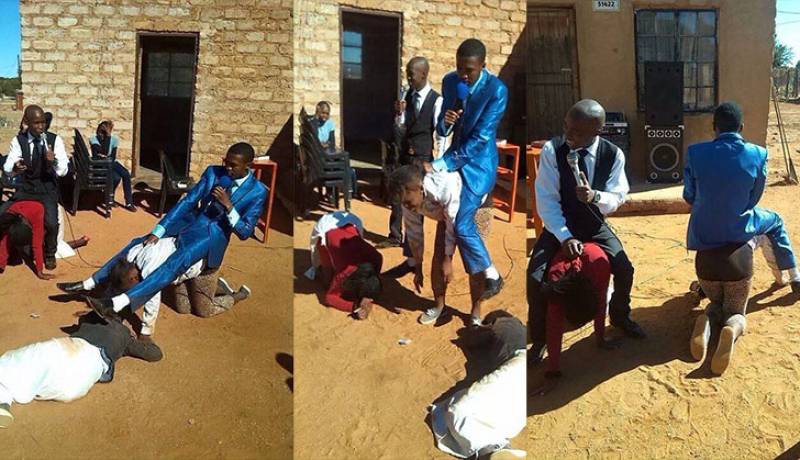 Following a South African pastor who ordered his followers to eat snakes which according him tasted like chocolate another pastor has appeared in Zimbabwe demanding his congregants to become horses so that he could ride them while he further claims to have commanded the soap taste like chocolate.

The pastor, according to local media reports, belongs to Mafikeng and has been sharing several so called demonstrations at his facebook page. These demonstrations show him riding his followers while he claims they feel no pain due to supernatural powers authorized to them.

Nawa has an accomplice, Pastor Uzziel Advice. Both command congregants to turn into horses so that they can ride in order to demonstrate "the power of God." While Jesus rode a donkey, the pastors prefer to ride people.

The pastor further claims that his followers do not just lose sight at his command but they also turn into kids and lose their minds.

"During a live service Pastor Agabus Nawa commanded some of the congregants to lose their mind and go back to their childhood were they were still infants, and immediately they begun to behave like children and didn't know were with one of them completely lost his mind were he could not recognize anyone (sic)," the pastor’s  facebook page said.