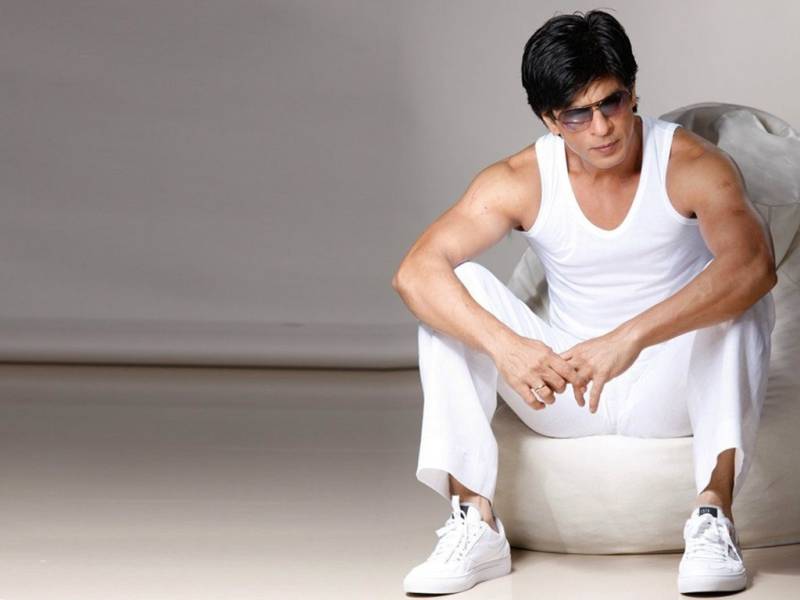 MUMBAI (Web Desk) - Anyone would love to step into Shah Rukh Khan’s shoes. Play his films and live his life king size! However, now SRK himself is looking for shoes, to step into!

The latest we hear is King Khan wants a pair of football shoes. “I haven’t played football for years but I have a wish for getting football shoes for myself. I am very particular about shoes and I am very clear that shoes should be very comfortable,” says SRK who recently became a brand ambassador for a shoe brand.

SRK used to play hockey and football in his school and college days and keeps playing the sports occasionally.

“My first secretary had a deal with me that whenever I went abroad, he wanted shoes. Now these shoes are available in India. I now get good football shoes for my son and daughter when I go abroad. I want them for myself too now.”

Shoes have been SRK's biggest wardrobe style statement. The black suit is what he wears for all formal occasions, while his sneakers pair up for his torn blue jeans and white tee.

While the clothes remain the same, it's the shoes that SRK likes to make a statement with. In fact he has a large collection of footwear. “I have 257 variety of footwear and designs and that’s more than I can wear in a life time,” he says.

SRK feels that shoes can be a great gift too. “There are lot of people who tell me that people have a superstition that we don’t accept shoes as gifts and if you give them shoes they think that their friendship will break or something like that. But I don’t believe in them,” says King Khan.

His shoes have always been on the tough journey with him. “My journey has taken me beyond even what I dreamed of. Though I had no dreams, I had not thought I would be what I am today. I just wanted to work and whenever I am feeling a little result oriented or whenever I fail.

“I always think about where I started off. I never thought of any result or end of what I want to achieve. It was never the money that I wanted to earn or the houses I wanted to buy. Nor was it the awards or number of films I wanted to do. Allah has been very kind to me and God has been extremely generous and his blessings are upon me.”