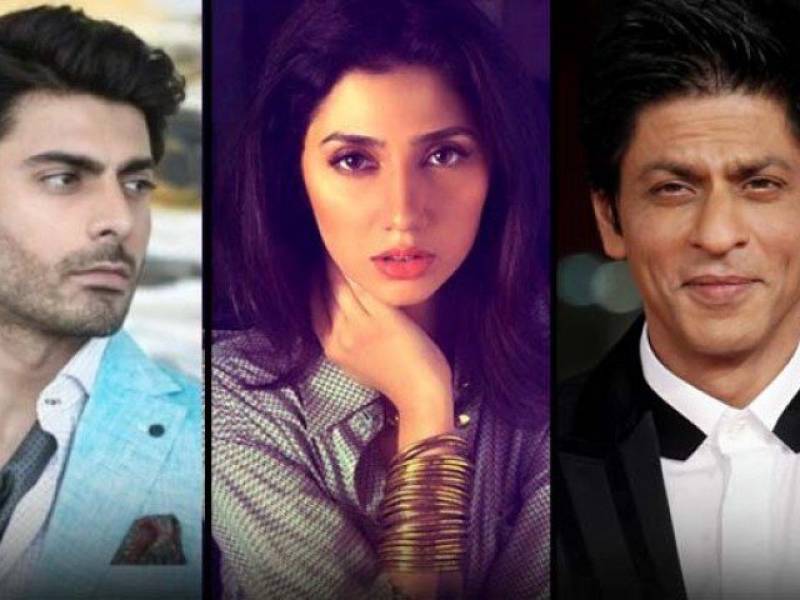 MUMBAI (Web Desk) - Pakistani actress Mahira Khan, who once touched heights of popularity by TV drama Humsafar, is busy shooting her first Bollywood movie Raees with co-star Shahrukh Khan but she still misses her mega TV projects saying that she will never divorce the small screen.

The actress also revealed that which actor, among Shahrukh Khan and Fawad Khan, she will prefer to work if she has to make a choice ever in life. In an interview Mahira Khan went on to say that she will definitely choose Shahrukh Khan because his energy infectious.

"It is very rare happening that you come across a childhood idol who lives up to your expectations," she added.

However the actress added that Fawad Khan is also a close second choice for her.  “What I like about Fawad is that he is smart and he is very hard-working,” she said.

When asked to say something for aspiring movie actors, Mahira Khan said "I would advice them to keep working whatever they are good at. The good thing in entertainment industry is that everybody comes up with new things, new comers should only focus on the things they can do best."

Read More: Shahid Kapoor is happy for marrying ‘normal’ Mira Rajput instead of ‘someone’ from Bollywood

She also wished that if anyone comes up with good drama script ever, Mahira Khan will take no time to start working on the TV project.