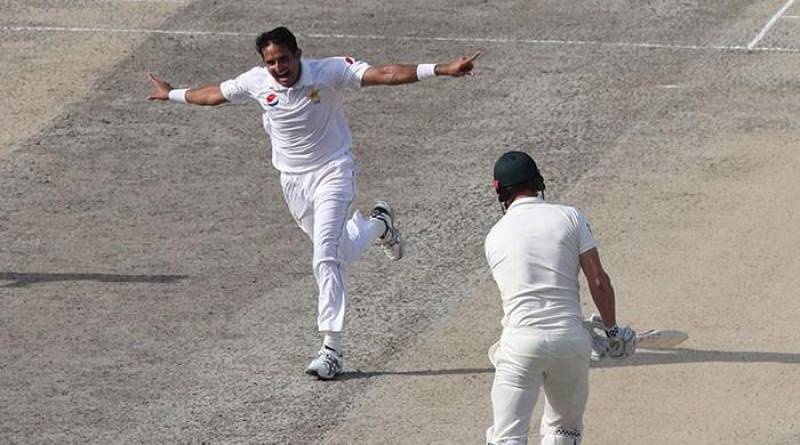 DUBAI - Australia, chasing a daunting target of 462 runs, were 136-3 at close on the fourth day of the first Test against Pakistan in Dubai on Wednesday.

Usman Khawaja was unbeaten on 50 and Travis Head 34 not out at close with Australia still needing an improbable 326 runs for victory while Pakistan need seven wickets on the final day for a 1-0 lead in the two-match series.

Medium pacer Mohammad Abbas took all three wickets for 26 runs. Pakistan had declared their second innings on 181-6 after resuming at 45-3.

Jon Holland took 3-83 while Nathan Lyon finished with 2-58. Pakistan made 482 in their first innings to which Australia replied with 202.