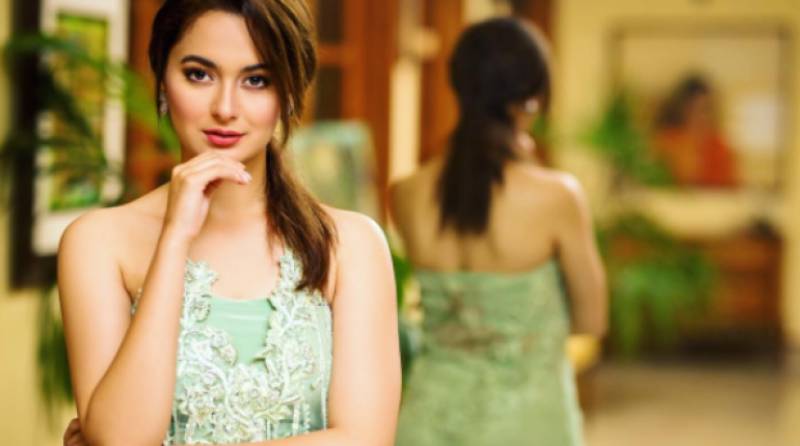 KARACHI -  Hania Amir is a Pakistani actress known for her roles in Pakistani Films and Urdu Television. She made her film debut with Janaan for which she was nominated for Best Supporting Actress in a national award show.

The recent movie by this talented star was Parwaaz Hai Junoon which was a huge success not only in Pakistan but globally also. Hania Amir has also worked in the comedy-thriller film of Pakistan Na Maloom Afraad 2.

Apart from being a pretty actress, the star is also known her fuss-free fashion statements. Recently, the actress took to her Instagram account and shared a cute video which has been doing all rounds on social media.

Hania Amir shared a recent video on her Instagram playing in which she is seen playing the tune of a classic song Jab Koi Baat on Piano and we must say, she is a total pro at it.

Also, she can be seen exploring her inner child and like always, she has made us a huge fan of her.

On the work front, Hania Amir is one of the top actresses of Lollywood and surely the cutest. Here is the video of Hania Amir in which she is playing piano with rhythm: