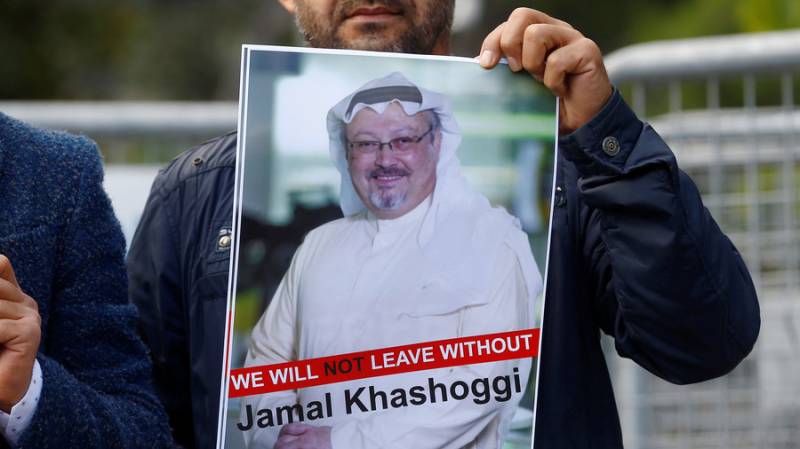 Among the assassination team was a forensic expert who brought a bone saw to dismember Khashoggi's body after killing him, the Times reported on Tuesday, citing an unidentified "senior official" as saying.

However, the news report could not be immediately verified.

"It is like Pulp Fiction," the senior Turkish official was quoted as saying, referring to the graphically violent 1994 Hollywood movie by director Quentin Tarantino.

Accusations the Saudi leadership directly ordered the alleged assassination of Khashoggi will put further pressure on the United States and other allies to demand a transparent investigation, with possible serious repercussions to bilateral relations if it does not come to fruition.

Saudi officials have denied any involvement in Khashoggi's disappearance and alleged murder, saying he left the consulate on October 2. Turkey's President Recep Tayyip Erdogan has demanded that Riyadh prove his departure from the building.

The Turkish government hasn't provided formal evidence that could back up the spate of anonymous allegations that the Saudi writer was killed inside the Istanbul consulate.

Daily Sabah, a Turkish newspaper with close ties to the government, named and published photos on Tuesday of the alleged 15-member Saudi assassination team accused of travelling to Istanbul on the day Khashoggi disappeared. The suspects are wanted by Turkish authorities for questioning.

Meanwhile on Tuesday, the Washington Post - for whom Khashoggi wrote columns after fleeing Saudi Arabia over fears of retribution for his critical commentary - reported that US intelligence had intercepted communications of Saudi officials planning to abduct the prominent journalist.

"Saudis wanted to lure Khashoggi back to Saudi Arabia and lay hands on him there," the Post quoted a person familiar with the information as saying.

It was not clear whether the Saudis intended to arrest and interrogate Khashoggi or to kill him - or if the US warned Khashoggi he was a target, the source told the newspaper.

Khashoggi entered the consulate on October 2 to handle a routine paperwork issue but he never came out, according to family and friends, as well as Turkish authorities.

The US resident has written articles over the past year during his self-imposed exile that were critical of Saudi Crown Prince Mohammed bin Salman.

Khashoggi, 59, has had a long career as a senior journalist in Saudi Arabia and also as an adviser to top officials.

ISTANBUL - Saudi Arabia has agreed to let Turkish authorities search its Istanbul consulate as part of the ...