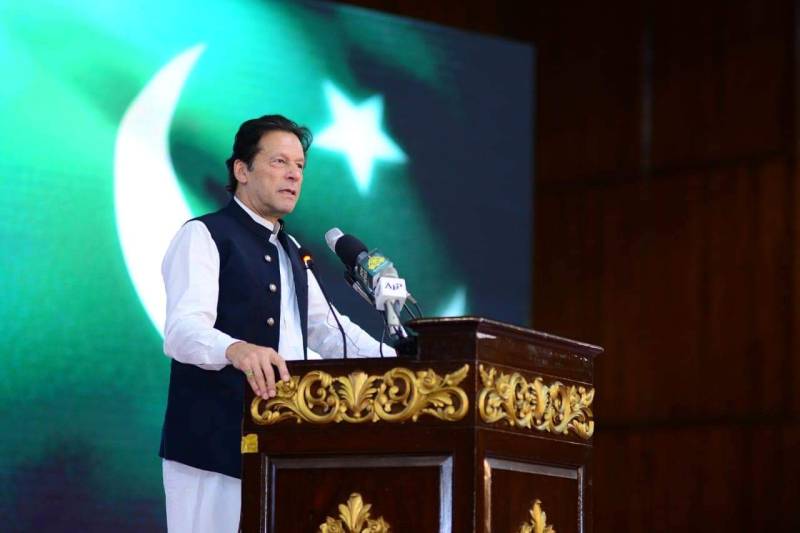 ISLAMABAD - Prime Minister Imran Khan says the ruling elite class has caused irreparable losses to the national economy through plunder and corruption during their tenures.

Addressing a seminar of All Pakistan Insaf Lawyers Forum in Islamabad, he said giving a call for public gatherings against the government is aimed to cover up corruption.

The Prime Minister said the opposition parties made every tactic to get the country blacklisted by the Financial Action Task Force as they pressured the government to carry out 34 amendments in the National Accountability Bureau law, the Radio Pakistan reported.

He said the cabinet had given a nod for allowing Pakistan Muslim League-Nawaz chief to get medical treatment abroad in view of number of diseases as claimed.

However by denying to return to the country, Nawaz Sharif is proving that he belongs to a “special class that could not be questioned”.

The Prime Minister said the country witnessed success in areas particularly overcoming the challenge of COVID-19 and unprecedented rise of sale of cement in last month showing growing economic activity.

Prime Minister Imran Khan said the government will not be blackmailed by the opposition's tactics and no corrupt element will be given NRO.

He said those who want to protect their corruption will not be allowed to do so.

He said our country can rapidly progress by adhering to the Quaid's vision that was also rule of law.

Imran Khan said we are proud of our armed forces that have rendered unparalleled sacrifices against war on terror and registered remarkable success against the tide of terrorism.

He said those who are speaking against Pakistan Army are actually pursuing the agenda of India.