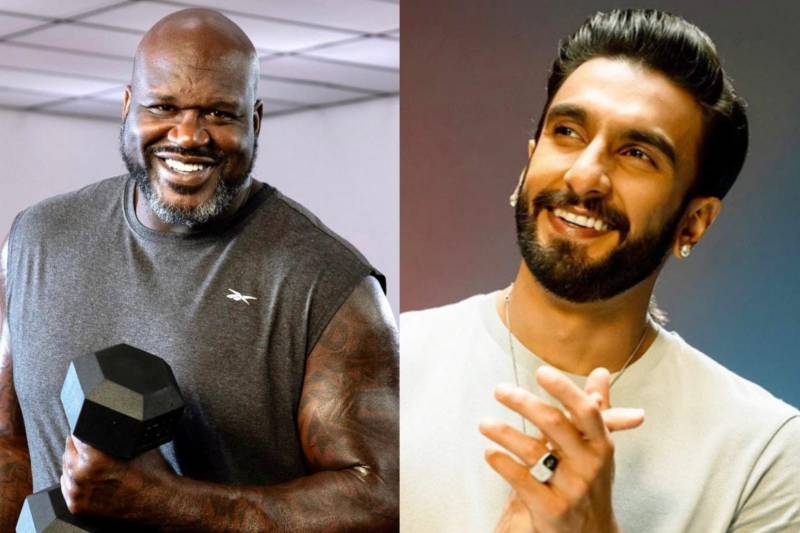 Bollywood's effervescent and jovial actor Ranveer Singh, who also happens to be the Indian ambassador for the National Basketball Association (NBA), shared a surprising new video on Instagram that spread like wildfire on the internet.

The talented actor who keeps a trajectory with the NBA and its stars, taught one of the best-known NBA legends Shaquille O'Neal (popularly known as Shaq) some quirky dance steps. Needless to say, the duo aced the game.

Shaq seemed to pick up on the moves effortlessly, while the Band Baaja Baaraat famed star garnered praise for meticulous teaching celebrities as well as fans.

In the viral video, the Ram Leela actor can be seen dancing with Shaquille to the hit song Khalibali from his epic film Padmaavat. Sharing the post, the actor wrote, "Big Man x Bad Man! The collab you didn't know you needed! Here's Shaq doing Khalibali! Yes. You read that right! Shaq-a-bibi!"

Singh was appointed NBA Brand Ambassador for India in 2021. Since then, he has frequently been photographed at significant NBA events worldwide, including the latest one in Abu Dhabi, UAE.

Ranveer Singh, who is in Abu Dhabi, attended the NBA Abu Dhabi Games 2022. He participated in the 2022 Ruffles NBA All-Star Celebrity Game.

In a shocking turn of events, Bollywood's effervescent and energetic hunk Ranveer Singh got slapped during a red carpet ...