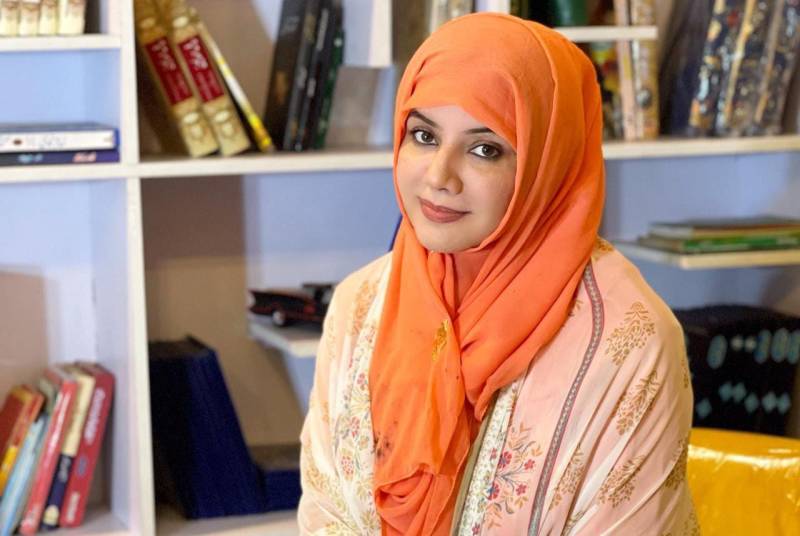 Lollywood's former pop singer, songwriter and television host Rabi Pirzada is a multi-talented woman who knows how to keep herself in the limelight.

The Dahdi Kurree singer went through a massive transformation during her decade-long career from a revered pop singer to an accomplished religious figure.

Pirzada recently sat down for an interview in which she revealed an astounding capability that shows how strong the iron-lady is. The animal-lover knows her way around animals, especially around exotic snakes and other wild animals.

In an interview with Mohsin Bhatti, the Shor Sharaba actress made sure her fans and followers do not play mess around with exotic or potentially harmful animals as not everyone is a pro like Pirzada herself.

Pirzada has been seen numerous times with animals and possesses a gift that allows her to handle any wild animal easily, be it a snake or a lion, or a wolf.

The accomplished calligrapher can calm them down easily while they roam around her without doing any harm. The Kisi Ke Ho Ke Raho singer said that she is actually offered to control a wild animal during any unsupervised encounter.

Pirzada previously faced charges of keeping wild animals without a licence but she was acquitted later.

For the unversed, Pirzada has avoided the limelight and switched her path ever since she bid farewell to the showbiz industry following the controversial images and videos leaked in November 2019.

Transgender Rights Bill has once again stirred up debate in the parliament, among masses and on the internet. The ...